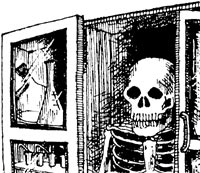 Ala Rachel Carson, he is chemical industry's enemy number one today. In March 2001, Journalist Bill Moyers in his documentary 'Trade Secrets' exposed how industrial workers were poisoned and how the whole exercise was hushed up. Last week, he was conferred the prestigious Emmy Award for excellence in journalism. The award, presented by the National Academy of Television Arts and Sciences (NATAS), is a moral triumph for Moyers because following the documentary, the chemical industry had attacked him and hired a communications management group, Nichols Dezenhall, to intimidate and smear Moyers.

Moyers's 'Trade Secrets' is investigative reporting at its best. The documentary brings out in the open how the companies worked to suppress the vital information about the potential risks. It reports a much larger story - a never-before-told account of a campaign to limit the regulation of toxic chemicals. 'Trade Secrets' reveals how public's right to know about the thousands of obnoxious chemicals that surround us has been compromised and how money and politics rules over public health.

The report is based on documents never before published and interviews with victims, historians, scientists, and physicians who are exploring how chemicals affect the human body. The report says that of the more than 75,000 chemicals registered with the Environmental Protection Agency, only a fraction have gone through complete testing to find out whether they might cause problems for human health.

Just after the documentary was released, the chemical industry invested all its might to pin down Moyers. It brought back memories of 1963 when the publication of Carson's 'Silent Spring' forced industries to spend US $75,000 to counter the book's environmental message and an additional US $66,000 to expand the public relations campaign.

The Emmy Awards has recognised the outstanding achievement of Moyers. It proves that no matter how much money the industry spends on public relations - that has grown from a few thousand dollars a year to a few million a year as the decades have passed - it is losing its war for public opinion. As Moyers carries on his crusade to target corporate toxicity, we wish him all the best.