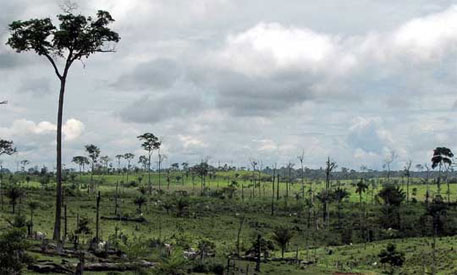 Deforestation has shot up in Bolivia and the Mekong countries, suggests new satellite data from NASA.

Bolivia’s rate of forest loss was 200 per cent higher than the five-year average, said Christopher Potter, a senior research scientist at NASA Ames research center, who co-led development of the tool. In the Mekong region the countries experiencing highest rate of forest cover loss are, Laos (135 per cent), Cambodia (123 per cent), and Vietnam 73 per cent.

“(There were) large areas of new woodland disturbance in Kampong Chaam, and Thum,” said Potter. The other places that are witnessing massive deforestation include the Philippines (84 per cent), Indonesia (75 per cent), especially in Central Kalimantan; and Peru (68 per cent), notably in Palcazu and Tunin districts and Yanesha Communal Reserve.