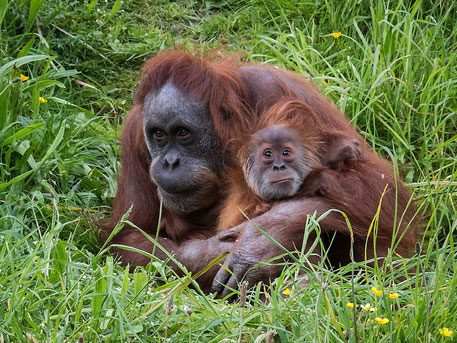 Borneo’s mammals are in for a hard time in the near future. According to a new study, the habitat of these animals will shrink by at least a third by 2080. This means 30-49 per cent of the island’s mammals will lose their homes. And it is not just habitat in danger. Twice as many of the mammals now are likely to face extinction, claims the study published in Current Biology. This includes 15 carnivores, eight primates and 21 bat species, reports BBC.

Researchers at the Durrell Institute of Conservation and Ecology, the United Kingdom, used satellite images to predict where rainforest will be lost in the next 65 years in Borneo, the third-largest island in the world accounting for six per cent of global biodiversity. It has already lost over half of its forests, a third disappearing in the past three decades, claims the World Wildlife Fund. The primary factors for such devastation are climate change, loss of rainforest and hunting. The researchers described the outlook as “pessimistic”.

However, there is some hope. “Better forestry management for conservation outside existing reserves could curb this loss. Only a modest amount of additional land on Borneo (4 per cent) would be needed to safeguard many mammal species, particularly orangutans, against threats from deforestation and climate change,” lead researcher Matthew Struebig told BBC.

Since lowland forests are likely to face the biggest impact, forests at higher elevations should be targeted. Struebig adds that special efforts should be made to save species like the flying fox and otter civit as they would be unable to adapt to higher altitudes.