Bouquets and brickbats for Thorp

Japan and Germany have welcomed the go-ahead for Britain's Thorp nuclear reprocessing plant, but opponents feel it will lead to nuclear proliferation. 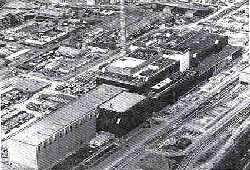 THE THORP nuclear reprocessing plant at Sellafield in Cumbria county continues to haunt British environment secretary John Gummer. About a year after the controversial 2.85 billion ($4.02 billion) plant was ready, Gummer gave it the go-ahead, provoking new protests from opposition parties and environmentalists. However, Japan and Germany, the two big foreign investors in the project and its main overseas customers, have welcomed the announcement.

Thorp (thermal oxide reprocessing plant) took 10 years to build, but stood idle through 1993 -- losing 2 million a week for the nation -- caught between those calling it a nuclear dustbin for the world and those who see it as a money spinner. It will extract unburned uranium for re-use in reactors and plutonium, which is used in fast breeder reactors and to make weapons. Approximately 10,000 tonnes of nuclear fuel from Japanese, European and British reactors will be shipped to Sellafield from which 60 tonnes is expected to be returned.

Opponents say the plutonium will contribute to nuclear proliferation and is at risk of being hijacked by terrorists. These fears may not be so far-fetched: In the past two years, the number of people caught in Europe trying to smuggle radioactive chemicals has been increasing, and this belies claims by governments that no black market exists for such substances.

Immediately after the plant got the go-ahead, the environmental group Greenpeace, which is demanding a pu0blic inquiry, announced it would go to court. Friends of the Earth called the decision "absurd, illegal and wrong" and said it planned to take the issue to the European Court. Opposition members of parliament say the plant is unnecessary because there are adequate stocks of plutonium and the government's decision would only heighten the threat of pollution.

However, Gummer told parliament that contamination risks had been minimised and discharges "would not lead to unacceptable risks to human health or the environment". He said further restrictions would be imposed on Thorp's operation, including specific limits on uranium discharges.

The environment secretary was supported by British Nuclear Fuels Ltd (BNFL), which will operate the plant. BNFL says it has orders worth 9 billion ($12.69 billion) to reprocess 7,000 tonnes of fuel in the next 10 years for nine customers. It also anticipates a profit of 500 million ($705 million) in the first decade.

The decision was supported by German and Japanese power utilities - Thorp's main foreign customers. Kohji Kaneko of Japan's Federation of Electric Power Companies said: "We are glad the government has decided as we had hoped." Thomas Roser of the German Atom Forum - the main lobby group in the country for the nuclear industry - said he welcomed the decision.

And, back in Cumbria, the decision evoked mixed feelings, with the promise of thousands of new jobs coming hand in hand with the threat of environmental pollution and radioactivity.