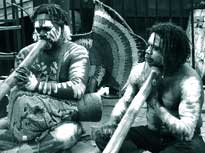 Next year's Commonwealth Games in Australia could be in big trouble. Aboriginal rights groups are calling on other nations to boycott the event and have threatened to disrupt the games unless Prime Minister John Howard is charged with genocide. Australian aborigine people suffer high rates of early death, imprisonment and unemployment. Their leaders allege that this is due to a deliberate and systematic destruction of indigenous people in recent years. Community leaders have a writ petition asking for the federal government to be investigated.