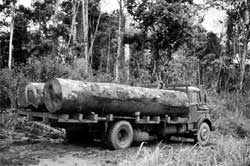 Environmentalists in Brazil won a major victory when a legislative proposal to open more areas to logging and harvesting was put on hold till March. If the Congress approved the bill, it would have been "the largest known setback for Brazilian environmental laws", said Andre Lima, a representative from Brazil's Social Environmental Institute. "This outcome was possible thanks to the work of hundreds of people and institutions and was mobilised in record time," World Wildlife Fund for Nature director Garo Bamanian said in a statement.

The bill, backed by Brazil's powerful farm lobby, wanted to increase the amount of land available for agriculture. But, environmentalists said it would threaten the Amazon tropical rainforest - the world's largest - by reducing the area of forest protected from farming and logging. It would also permit the substitution of native woods for non-native species, they said.

Last week the us -based Environmental Defence Fund wrote to the country's treasury secretary Lawrence Summers urging him to express his opposition to the bill. "We are gravely concerned with recent proposals that the government of Brazil has negotiated with large landowners to drastically weaken the forestry code," the letter said.

The letter argued that the changes would have contradicted commitments undertaken by Brazil under the us $280-million Amazon protection effort funded by the world's seven richest economies.

Environmentalists estimate that 20 per cent of Brazil's tropical forests in the Amazon and along its Atlantic coast have been destroyed.