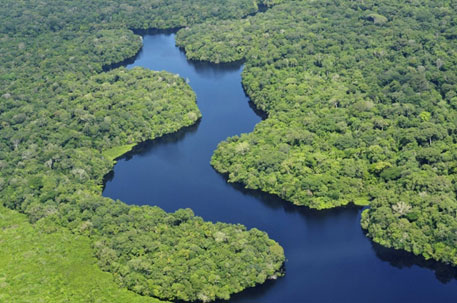 Brazilian researchers are worried that proposals to open 10 per cent of the country’s strictly protected areas to mining may seriously impact its ecosystems.
In a joint report with British researchers published in the journal Science this week, they say that if the new proposals being debated by the Brazilian Congress are given a go-ahead, Brazil would lose its widely acknowledged status as an environmental leader.

Areas under consideration for mining are reserved for indigenous people and include national parks, biological parks and wildlife refuges, according to the report. This region is spread over more than 34,000 square kilometres, roughly the size of Switzerland.

Proposals have also been made to build hydroelectric projects over river systems associated with protected areas.

"These projects can involve thousands of workers and lead to rapid local population growth. This, combined with new roads and access routes, is a recipe for the emergence of new deforestation frontiers," explains Luiz Aragão, co-author of the study, according to an official release.
Researchers are concerned that measures meant for mitigating the environmental impact of these large-scale development projects are inadequate and will not be able to contain the massive damage expected.

"The purpose of this analysis is not to say that Brazil´s development should not benefit from its abundant natural resources, but that we should not squander our hard-won record of success and leadership in favor of fast-tracked and poorly planned development projects that leave a long legacy of environmental damage," says Joice Ferreira, scientist and lead author of the study.
Brazil’s policy for combating ecological destruction included environmental governance in private lands, reducing the rate of deforestation in the Brazilian Amazon by 80 per cent.

The study, however, highlights the partial dismantling of the country’s protected area system in the interest of development and dilution of its “Forest Code” that granted amnesty to landowners who had indulged in illegal deforestation. Previous reports have already drawn attention to rapid forest clearances under the new government led by President Dilma Rousseff.

"The newly elected government has the chance to set the record straight and point Brazil firmly on a path of sustainable development. The authors of this report call on President Dilma and her government to ensure that individual development initiatives are subject to a comprehensive, socially inclusive, evidence-based and long-term cost-benefit analysis that compares potential environmental and social impacts against alternative development options,” says Ferreira.