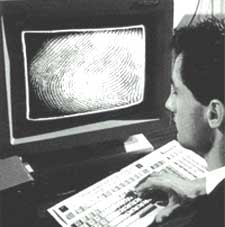 TAKING help from a computer for solving a crime was something considered breathtaking futurism just about 30 years ago. That was the past. Today, it is fairly routine for law enforcement authorities to use computers in order to locate hidden clues and patterns in heaps of data about complex criminal cases. There is even a section of the software industry that specialises in products for investigators. Now a member of that community, Orion Scientific Systems Inc, is about to release a version of its criminal analysis software that will work on intranets, which are private computer networks modelled after the global Internet.

Called NetLeads, this new software will allow field investigators to do things such as check suspects against crime databases and look for patterns in the telephone numbers a suspect has called, said Jim McClave, one of Orion's vice president.

The main function of the software will be to suggest associations and relationships, much in the same manner computers help meteorologists sort out weather data or scientists develop new drugs. Like all these programmes, it can't pry into secret records, it can't issue arrest warrants. It's "a discovery tool that allows (detectives) to see in their data things they didn't know existed," said McClave.

NetLeads is the newest entrant into the gang of Orion's Leads software, which has been on the market for four years and is used by about 50 law enforcement agencies nationwide. The original software cannot be used over a network. Neither product is made for small burglaries. They are intended to help investigators establish relationships in complex conspiracies, such as drug rings and Mafia activity. The software allows investigators to search text reports for common suspects or events. Once taught basic connections between the suspects, investigators can suggest additional connections. The computer draws lines from one name to another to show possible connections between suspects and events. The information is displayed like a page on the World Wide Web; for example, when you click on a suspect's name you can automatically link to his dossier.

"Investigators usually accumulate a big box of paper reports when they're working on a case," said Rick Nash of the Riverside County, Sheriff's Department, California usa, who has been testing the NetLeads software over the summer for a federally funded drug task force in Southern California. "Now the software analyses their information and prints out a graphical information of what they are working on. They can get a big picture of what they're working on, and it can, for example, quickly point out who the major players in a drug ring are."

Still, investigators have to be careful in allowing the computer to draw conspiracy connections, said Bob Morehouse of the California Bureau of Investigation, which is using the software to replace a system of putting information on 5-by-8-inch cards.

NetLeads also allows users to analyse telephone records to detect calling patterns, to develop maps of criminal activity from places that are entered in the reports and to search databases and news services for information relevant to a case.

McClave said he hopes the new software will be used by many more law enforcement agencies because a networked version will lower the cost per user. A NetLeads package for 20 users will sell for us $45,000, he said.

Orion's software is used by state police departments in Alabama, Louisiana and Mississippi as well as the National Drug Intelligence Center in Pennsylvania. McClave said that the company is also trying to sell the software to insurance companies and other organisations that investi-gate large fraud rings. Some federal agencies, which the company said preferred to remain anonymous, also use the product.

Orion Scientific Systems, a privately held company with sales of about us $12 million in 1995, began operating in the early '70s as a defence contractor. By the late '80s, the company shifted to making software for the law enforcement community. A lot of other companies -- including alta Analytics Inc of Dublin, Ohio, usa and Harlequin Group Ltd, uk-- make similar products that perform phone number analysis, mapping and visual representations of the connection between suspects. Like Orion, they report a surge in interest in their products.

"People who are commiting crimes have become very sophisticated," said Robert D Archibald, chief executive of alta, which makes a product called Netmap. "These tools have become increasingly important to keep up with what they are doing." But it is not something that replaces the need of a human mind. "It's a big help to the investigator, but it'll never be a replacement."