Policy document says no advance allocations are made for minorities; demands allocations at par with those for SCs and STs 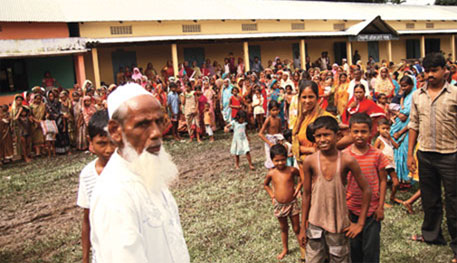 Civil society organisations have demanded increase in budget allocation for Ministry for Minority Affairs (MoMA) to make up for shortage of funds for development needs of minority groups across sectors.

The demand was put forward through a document, “Policy Asks and Expectations from Union Budget 2015-16”, which was presented by civil society budget groups collectively as the People's Budget Initiative, under the aegis of Centre for Budget and Governance Accountability (CBGA).

Jawed Alam Khan, senior research officer at CBGA, that has prepared the report, said, “reporting of expenditure under 15 Point Programme by Union ministries has been more in the nature of retrospective budgeting where the allocations for minorities are earmarked after the budgets for the schemes have been finalised, without any special measure taken for minorities during the budget preparation phase. Suggestions for changing this is the highlight of the policy document prepared by CBGA,” he said.

The 12th Five-Year Plan also noted that there is a need to increase the financial allocations for the ministry to scale-up interventions under multi-sectoral development programme by earmarking greater financial outlays across board and making educational schemes demand-driven, which according to the plan require greater allocations for MoMA.

District Information System of Education (DISE) data reveals that as of 2011-12 around 11Muslim children were vying for one scholarship.

The policy document recommends budgetary allocation and unit costs of scholarships to be enhanced to the levels of scholarship for Scheduled Castes and Scheduled Tribes and the application procedures to be simplified as well.

The document demands that the Union Budget 2015-16 should introduce a statement on fund allocations for the welfare of minorities in all programmes and the schemes covered in the 15 Point Programme, as is being done for Scheduled Castes and Scheduled Tribes (through statements 21 and 21A, expenditure Budget, Volume I).

The schemes and programmes in 15 Point Programme do not prepare exclusive action plans for minorities considering the specific needs and challenges faced by Muslims. Currently, with regard to expenditure in the 15 Point Programme, post- facto approach of accounting system is followed. Planning strategies for minorities do not appear to have influenced planning or budgeting of schemes in any significant way; what they have influenced most visibly is the reporting of some of the allocations and expenditures in a few schemes.

According to policy document, a scrutiny of the programmes/schemes across several Union ministries also indicates that they were merely “assuming” that a certain proportion of funds in a certain scheme would benefit minorities based on the guideline of 15 Point Programme which defies the very purpose of having the programme. Projects meant for minorities should have a beneficiary- oriented approach and cover minority dominated hamlets/area in projects related to infrastructure and basic amenities, the document says.

“Policy Asks and Expectations from Union Budget 2015-2016” states that the Union government needs to urge most of its ministries to identify the needs, difficulties and challenges confronted by the minorities in their sectors of concern and also identify measures that could be taken by them to address those special difficulties/challenges. It also recommends that to specify the amount of additional resources required for formulating special projects for them. Also, the additional resources devoted for the special measures for the minorities should be reported under 15Point Programme, the report suggests.