Private tourism to be banned 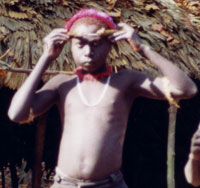 THE government has cleared the decks for creating a buffer zone around the Jarawa reserve in the Andaman and Nicobar Islands. The Jarawas are one of the indigenous peoples of the islands with a population of 273.

An amendment to the Andaman and Nicobar (Protection of Aboriginal Tribals) Regulation Act of 1956, promulgated by President Pratibha Patil on July 22, allows the island authorities to ban private tourism within the buffer zone. The authorities fear tourists may expose the Jarawas to diseases.

"Proposal for a 5km-buffer zone has been sent to the ministry of home affairs. If cleared, the lieutenant governor would be able to curb commerce in it," said an official in the island's tribal welfare department. The decision follows an ongoing Supreme Court battle between the administration and a private resort, Barefoot. Initially, Barefoot was allowed to set up a branch in Colinpur, near the reserve. The administration backtracked. 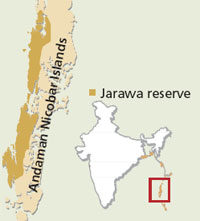 Vishvajit Pandya, a professor at the Dhirubai Ambani Institute of Technology and Communication in Gandhinagar, thinks formation of a buffer zone would be futile. "How will the administration control people living within the buffer from moving around?" he asked.

Instead, Pandya said, they should close the Andaman Trunk Road which runs through the reserve. It opens up the area to tourists and could lead to encroachment.