Administrative officers wrest control of the environment ministry, relegating scientists to the sidelines 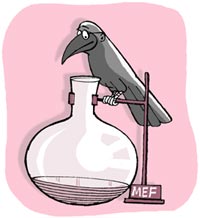 In a surprise move, the Union ministry of environment and forests (mef) was subjected to a major reshuffle recently. There was, however, a predictable side to the shake-up: officers without the requisite specialisation were handed over key technical portfolios such as impact assessment. On the one hand, sources in the ministry justify the exercise claiming that there were those who had been holding charge of one section for as long as 10 years. On the other, it is being alleged that the restructuring smacks of favouritism and that it would put the clock back since the new officials will have to start from scratch. Fears have also been raised about the step affecting preparations for the ensuing budget and the 10th five-year plan.

Short-term upheavals apart, the reshuffle has rekindled the wider debate on the functioning of the administrative and scientific staff in the mef. The decision on the transfers has been made by the former, which includes officers from the Indian Administrative Service (ias), Indian Forest Service (ifs), Indian Revenue Service and Indian Postal Service. Scientists contend that in the process they have been marginalized. They apprehend that the administrative staff will soon take complete charge. This despite the mef being classified as a scientific ministry. Figures, too, lend weight to their assertion. While there are 453 posts (416 filled) for administrative staff in the mef, only 80 scientific posts exist. Out of these, hardly 60 are occupied.

M G K Menon, chairperson of the high-powered committee on management of hazardous wastes, highlights this aspect in the panel's final report for 2001: "There is a severe imbalance between the number of administrative and scientific posts in the mef ...(it) was set up as a scientific ministry and not as an administrative/bureaucratic ministry which it has become." But mef officials refute the allegation. "Most of the internal committees of the ministry are headed by scientists," claims D D Verma, joint secretary (js), mef. Verma, incidentally, is an ias officer.

"The fact is that 'babu' culture pervades the ministry and there is no longer a sense of urgency to integrate ecological and environmental concerns with the development process," says K P S Chauhan, a scientist who resigned from the mef in 2000 . " Another fallout is the lack of effective coordination with other ministries on inter-sectoral issues," avers Chauhan.
The decline of the scientific community in the mef has been slow and inconspicuous. Its strength fell from 91 in 1989 to 67 in 1993 to 65 in 1995. Significantly, no scientist has been recruited by the mef since 1989. The ministry was set up in 1987 when the department of forests and wildlife, and the department of environment were merged. At that time, the composition of the ministry was not so skewed in favour of officials. Scientists were actually at the helm of affairs then.

The very aim of carving out a separate ministry was to put in place a scientifically oriented, independent regulatory body. Its task was to implement the Environment Protection Act, 1986, and help protect the environment of the country. "Initially, there was only one js in the mef. It is only in the early 1990s that more and more bureaucrats were inducted. And the trend continues to date," points out a senior scientist who has been in the ministry since its formation. "The situation has come to such a pass that officers from at least six different services are running the show, with scientists taking a backseat," he adds. Chauhan concurs, saying: "The entire decision-making mechanism has been systematically bureaucratised."

"Only the first environment secretary (1982-85), T N Khushoo, was a scientist. After that we have had ias officers as secretaries," says K Madhava Sarma, former js with the mef. "I left the mef in 1991 and at least till then there was the right blend between administrative staff and scientists," adds Sarma. Most of the current crop of eight joint secretaries remained tight-lipped on the issue. When contacted, Y S Bhave evaded direct comment, claiming he that was not the appropriate authority. On his part, Verma maintained that ifs officers are trained to handle issues related to forests and wildlife.

At present, most of the decisions in the mef are taken at the level of js or above. Scientists do all the technical work and feed information to the js. An order dated May 16, 2002, issued by deputy secretary J P Singh, clearly states that "whenever policy issues and administrative actions are...involved, the advisors may submit the files through the concerned joint secretaries of the respective divisions".

A senior scientist in the ministry laments that the role of the scientific community has been reduced to educating bureaucrats. "Even when scientists participate in technical events, it is only for menial jobs," he says and cites an instance: "During the recent conference of parties (cop8) on climate change held in Delhi, only two per cent of the total scientific staff of the mef was involved -- that too either for receiving guests or attending formal dinners."

What draws administrative staff to the mef? "International treaties and associated foreign junkets are the main attractions. In fact, a particular js has made 68 foreign trips in his eight-year term," reveals a senior scientist with the mef, adding: "Scientists do all the groundwork, but it is the js who gets to go abroad to attend meetings. Since these officials have no understanding of the issue, they often cut a sorry figure there."

Another example of bureaucratic domination is that while some of them control more than two departments, hardly any work is allocated to scientists -- even at the advisory level (equivalent to js). Currently there are eight advisors in the mef and all of them are twiddling their thumbs, claims a ministry source. "R Anand Kumar, a dynamic and vocal advisor, was formerly handling impact assessment in the mef. But now he has been given charge of flyash utilisation -- a comparatively insignificant section," observes a close associate of Kumar. In January 2000, a few scientists were promoted to the level of advisors. But they were handed over assignments as recently as May 16, 2002. Sadly, the wait has not proved worthwhile as they have just been told to do some trivial tasks. An additional director in the mef complains that scientists are deliberately not given charge of departments dealing with their area of specialisation. She feels that this amounts to intellectual harassment.

The odds are further stacked against scientists because unlike the administrative staff, they have to go through a rigorous process to earn a promotion. "We have to secure at least 85 per cent marks in the annual confidential report. After that we need to score in excess of 90 per cent during the personal interview to be eligible for promotion," discloses a senior scientist in the ministry. He opines that scientists should also have a cadre system like that of the administrative staff. Chauhan laments that no attempt has been made to create an independent cadre of scientific professionals.

Today, most scientific posts are said to have been "encroached" upon by the administrative staff. "The mef is no longer under the charge of the Prime Minister," feels Chauhan. "Most of the senior scientific posts have been converted to non-scientific ones and filled by the ias and allied services. The post of special secretary has been specifically created to facilitate the entry of ias officers," he contends. "A fixed quota of scientific and administrative posts is required," suggests a ministry official.

An advisor points out that "whereas the agriculture and science and technology ministries have institutions such as the Indian Council of Agricultural Research and Council of Scientific and Industrial Research to assist them with research, the mef has no such affiliate". There is a need to have a national environmental research council on similar lines, he adds. But Sarma feels that there are enough institutions such as the Central Pollution Control Board and Industrial Toxicology Research Centre to help the mef with research work.


The worst part is that the scientific community has to suffer administrative high-handedness in silence, say mef sources. Anyone who dares to dissent is alienated and given some insignificant portfolio. In some cases, the protester has even been forced to resign. In this regard most scientists cite the example of Chauhan, who paid the price for being vocal. Another senior scientist, the late S C Maudgal, was said to have been sidelined and pressurised. The community is so apprehensive about facing persecution that its members are unwilling to go on record with their comments, divulging information only on condition of anonymity.

To an extent, the scientists are themselves to blame for their plight. They are not as tightly knit as the ias lobby. The mef does have a Scientific Officers' Association, but it is more or less defunct. "Whenever we discuss the issue of bureaucrats' interference during our meetings, some scientist informs the officers to seek favours. This compounds our problems," reveals a member of the association. Scientists who are in the good books of bureaucrats are regularly sent abroad on private assignments or get study leave. It is reliably learnt that even now, seven scientists have gone to foreign countries. Sources claim they are employed elsewhere, drawing two salaries.

Amid this scenario, the scientific community in the mef feels stifled today. It is just whiling away its time, doing inconsequential work. Scientists fear that soon the mef will become another ministry of home affairs. Not only is the 'administrative staff versus scientific staff' spat out in the open, it has allegedly started having a negative bearing on the performance of the mef as the ministry handles scientific issues like climate change and ozone depletion. This in turn could impact the mef's crucial environment-related decisions, having national and international relevance. Surely, a matter too serious to be dismissed merely as an internal affair of the mef.