Getting obese? Blame it on burgers, pizzas and french fries 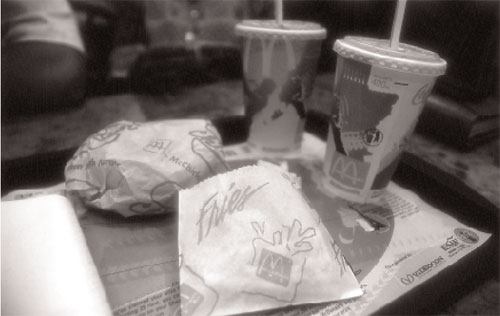 FAST food may be trendy and tasty, but it is certainly not healthy, if we go by what doctors, nutritionists and the courts have to say. On March 31, 1999, British Courts came down heavily on McDonald’s, the biggest fast food chain in the world. The court ruled that “various of McDonald’s advertisements have pretended that their product has a positive nutritional benefit which their food did not match” and that “customers who eat McDonald’s food several times a week will take the very real risk of heart disease if they continue to do so”. The court also stated that “McDonald’s exploit children with their advertising strategy”. The company did not object to the ruling. According to Dave Morris, one of the two activists who appealed to the UK court, a study conducted by Jim Lobstein, co-director of Food Commission, a consumer group in UK, revealed that eight of McDonald’s “meal combinations” were imbalanced with regard to their nutrient content. He said that “they are excessively fatty and salty” and correspondingly low in several essential nutrients such as vitamins. “McDonald’s claims on their food as ‘balanced diet’ is meaningless,” Lobstein said. “Even their salad had a ludicrously high fat content (50 per cent calories were from fat).” McDonald’s UK president Paul Preston also admitted that its products are low in fibre content. Verner Wheelock, a consultant engaged by the company since 1991, also admitted that a typical McDonald’s meal is high in fat and sodium content. “Carcinogenic mutagens were also found on the surface of grilled and fried meat,” says Neal Barnard, president of the US Physician’s Committee for Responsible Medicine and an expert on health and nutrition. The problem is no less in India where hamburgers and pizzas have become the younger generation’s favourite meal. S C Manchanda, head of the department of cardiology at the All India Institute of Medical Sciences (AIIMS), New Delhi, pointed out that the pamphlet called “Good Food and Nutrition” released by McDonald’s in India with its “nutritional facts” reveals that its vegetable burger contains 418 calories.

According to McDonald’s
own sources, fat and
carbohydrate content in a
vegetable burger is 550 and
150 per cent more than in
their non-vegetable burger

This is almost double the amount in the non-vegetable McBurger, which has 225 calories. The vegetable burger also contains 22 gms of fat which is five times more than that in the non-vegetable McBurger. “This is misleading and dangerous,” says Manchanda. This shows that weightconscious customers are misled into believing that they are consuming low fat vegetarian diet when they are actually consuming more fattening food. Interestingly, the pamphlet with “nutrition facts” does not disclose the amount of salt or oil (saturated or nonsaturated) used. There are nine McDonald’s outlets in Delhi and six in Mumbai. “We are planning to open more centres in India,” says one of the staff at a McDonald’s outlet. McDonald’s in India defend their stand claiming that they use only mutton which is not as fattening as beef. “Using mutton is surely less fattening, but that’s not an excuse. It does not make much difference,” says Manchanda. Besides the multinational giants, there are a few domestic outlets like Nirula’s, which has 37 outlets in and around Delhi, and Wimpy, with 15 outlets across India. Teenagers are their main customers. “They often prefer ‘western food’ like burgers, pizzas, fries and the different varieties of ice creams,” says Samir Kuckreja, the corporate officer at Nirula’s.

This dependence on fast food could be the reason for the rise in obesity and heart diseases among the young generation. According to a book, Awareness of adolescent obesity, published by Vandana Luthra’s Curls and Curves (VLCC), a slimming and beauty centre in Delhi, a staggering 100 million Indians are obese and what is even more dangerous is that the number is increasing among adolescents. “The number of obese children visiting our centre has gone up in the past few years,” says Veena Jain, nutritionist at VLCC and a former consultant at Nutrition Foundation of India (NFI). This is mainly due to the sedentary lifestyle combined with the type of food they consume. The book stated that a study conducted by the NFI in Delhi revealed that an increasing number of teens are developing blood pressure and elevated cholesterol besides 50 per cent of females and 32.2 per cent males in the high-income group are obese. Obesity is linked with heart diseases, diabetes, hypertension and complications in child birth. “A recent survey in public schools of Delhi revealed that the number of obese children between the age of 11 and 16 is increasing,” says Jain. According to Jain, most fast foods lack vitamin B complex and iron. “Buns used in burgers contain no vitamin B complex, and the cutlet sandwiched in between contains potato which has limited nutrition and fibre. Pizzas too lack vitamin B complex, and are even high in fats when excess cheese is added. They are not metabolised, so they accumulate as fats.” The more fat deposited in the body, the more the craving for it.

This increases hunger and leads to obesity, explains Jain. According to Manchanda: “Most fast foods are unhealthy, they have high levels of cholesterol, calories and salt — culprits responsible for the increase in incidence of heart diseases, hypertension, diabetes and other chronic diseases.” Bani Tamber, a nutritionist at Nutrition Foundation of India, says, “Most fast foods have plenty of salt in them. High salt consumption leads to hypertension (high blood pressure). Oedema (swollen tissues) symptoms also start appearing.” Two hundred milligrams of salt, the amount required by an average person per day, is a negligible amount when compared with 1,362 mg of salt in a chicken sandwich at Kentucky Fried Chicken (KFC), another fast food chain. “Many fast food outlets use saturated oils though they claim they use only unsaturated fatty oils. Moreover, most of the fast foods have little or no fibre in them. Vegetables like potatoes used for chips and fries have no fibre,” says Tamber. According to Manchanda, the total amount of calories required by a normal person is 1,800, but a single meal at fast food joints consisting of a vegetable burger with cheese, regular french fries and a chocolate milk shake adds up to three-fourth of the total amount of calories required. Besides the calories and fats, the additives also pose their own dangers (see table: Shady ingredients). KFC uses mono sodium glutamate (MSG), which causes headaches besides burning sensations in the forearms. In their book The Fast Food Guide, Michael F Jacobson and Sarah Fritschner say KFC refuses to stop the use of MSG which, it claims, is used worldwide in their preparations. Sulphites are also used as preservatives in many restaurants. Doctors found that it causes allergic reactions in asthmatics and occasionally in nonasthmatics and has killed at least a dozen people in the 1980s. Manchanda feels the government should impose strict restrictions on these fast food giants and make it mandatory for them to disclose the ingredients. He also feels that people should be made more conscious. “McDonald’s in the US have changed their recipes. For instance, it used to fry burgers in beef lard, but have now switched to vegetable oil. Some have also introduced a low-fat salad bar,” says Manchanda.

Ronald goes veggie
Geoffrey Giuliano, the former
Ronald McDonald of Canada, quit
his job after working with the giant
fast food chain for two years.
Guiliano, who feels he’s just not
“McDonalised” enough, apologised
for participating in helping to
brainwash North America’s young
people into doing something that
he feels is contrary to the purpose
of life. Initiation into the Hindu religion
and increasingly strong vegetarian
convictions led Giuliano to
quit the job.
Giuliano plans to create a new,
non-profit character promoting
non-violent vegetarian values and
document his experiences in a book
to be titled “Confessions of a
Corporate Clown.”