But is it ready for use? 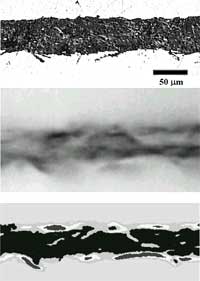 since the discovery of high temperature superconductivity (hts) in ceramic materials in 1986, there has been a lot of debate about the applications of these revolutionary materials. Several applications have been discovered for the phenomena. But one area where there has been a roadblock is the development of wires made of these materials, which can be used for commercial purposes. X Y Cai and his team at the Applied Superconductivity Centre, University of Wisconsin, Madison, usa, have an explanation for the generally poor performance of wires made of hts materials. Their discovery of the current limiting mechanism in superconducting tapes will be useful in developing more efficient materials (Nature , Vol 392, No 6679).

The proponents of the hts phenomena paint a picture where everything from trains to power transmission cables will be made of these materials. The detractors, on the other hand, have been warning that it is not very simple to manufacture the materials with the desired properties in an industrial set up. Superconducting wires are essential for any large-scale application of the phenomena. But these have proved to be notoriously difficult to fabricate with the required properties. Though several companies are manufacturing wires of a kind of superconductor known as bscco with a length of about one kilometre, the efficiency is only about 10 per cent.

Cai and his colleagues have used filaments made from bscco tape. These are made by loading a powder of bscco into a silver tube and then extruding fine wires. These wires are then cut, re-stacked and treated till a tape is obtained. The tape has many filaments, each typically about 5-10 micrometres thick and 200 micrometres wide.

The filaments are seen to have a current-carrying limit which is much smaller than that of single crystals. Cai and his team have used magneto-optical imaging (which uses the number of magnetic lines of force crossing per unit area known as magnetic flux) to map the penetration in the filament. What they observe is that the barriers in the tape are responsible for the limitation of current-carrying capacity. These barriers develop in the process of making the tape itself.

Refining the tape manufacture technology will help getting rid of this problem. Even a marginal improvement in the incidence of cracks in the tapes will yield improvements of about a factor of two in the filament current-carrying capacity. This would make them economically attractive for applications such as high voltage transmission lines. With the work of Cai and others, for the first time scientists have a grip on exactly what it is that needs to be improved in the technology to make it commercially feasible.