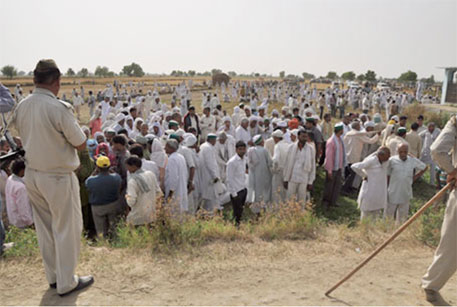 The Union Cabinet on Monday cleared an ordinance to ease land acquisition rules for infrastructure, defence and rural power projects.

The ordinance or executive order amends the Right to Fair Compensation and Transparency in Land Acquisition, Rehabilitation and Resettlement Act, which was passed in 2013 by the previous Congress-led UPA government to replace the colonial era Land Acquisition Act of 1894, and which had given rise to land conflicts across the country because of forced acquisitions, poor compensation and lack of rehabilitation.

The amendments to the Act of 2013 have done away with the requirement of social impact assessment for five types of projects—national security and defence, rural infrastructure and electrification, affordable housing for the poor, development of industrial corridors and infrastructure and social infrastructure, including public private partnership projects in which the ownership remains with the government.

The provisions relating to fair compensation have not been amended in the ordinance.

The land Act of 2013 had hiked the compensation amount for acquired land up to four times in rural areas and two times in urban areas. It also required consent from 70 per cent of land owners in case their land is being acquired for public private partnership (PPP) project. Consent from 80 per cent land owners is required in case the acquisition is meant for private projects. The law also mandated social impact assessment in addition to public consent.

A statement issued by the government justified the ordinance, saying it was necessitated by the “prolonged procedure for acquisition” in the 2013 Act which neither benefitted the farmer nor society as it did not allow for timely completion of projects.

Finance minister Arun Jaitley has been quoted in news reports saying Prime Minister Narendra Modi is also considering changes to the Mines and Minerals Development and Regulation Act to auction minerals like iron ore and bauxite. But the government has yet to take a decision on an ordinance for it.