Cabinet clears mineral Act; foreign companies can mine too 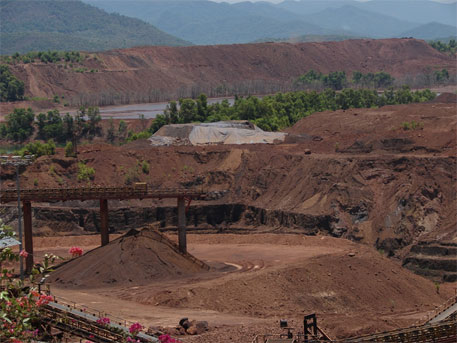 The BJP-led Central government has cleared an ordinance to facilitate the auction of minerals, including ores used to produce iron, manganese and aluminium. In a cabinet meeting on Monday, the government approved amendments to the 57-year old Mines and Mineral (Development and Regulation) Act. Among other changes, the amendments will allow multinational companies such as Rio Tinto and Vedanta to directly bid for mineral resources in India, which were earlier only allocated to companies by the government.

About 60,000 applications for mining leases of various minerals are pending with state governments across the country. To facilitate large-scale operations, the Union Ministry of Mines has proposed to expand the area for mineral leases from 10 sq kilometres to 100 sq kilometres. Further, the lease period has been extended to 50 years, after which the lease can be re-auctioned.

By expanding the lease area for mineral exploitation, areas that fall under the ecologically sensitive zones may come under threat. In Goa, for example, most of the iron ore leases are situated within 10 kilometres of wildlife sanctuaries, where the Supreme Court had banned mining for a year. The apex court-appointed M B Shah Commission had found that hundreds of these mining leases had encroached upon wildlife and national parks in Goa. The amendment will now see a ten-fold expansion of these leases.

The ordinance has approved clauses that distinguish between public and private sector mining companies and captive and non-captive mining firms. In case of existing mining leases, for example, the moratorium for transfer or sale of leases to other parties is 15 years for captive mining firms and 5 years for non-captive firms. Captive mining leases mostly consist of iron ore, bauxite and limestone which are mainly associated with steel, aluminium and cement production.

The ordinance has done away with reconnaissance permits issued to the government and private companies. Earlier, reconnaissance permits were issued to mining companies to estimate the total quantity of minerals that can be mined from an area. It was only after the companies were satisfied with the financial viability of mining a particular mineral that it would ask for a mining permit. But now, the government will directly issue a lease for notified minerals and a prospecting-cum-mining lease for non-notified minerals.

Mining ministry officials maintain that 85 per cent of mineral resources have been explored and notified. Private miners’ associations, such as Federation of Indian Mineral Industries (FIMI), oppose the move, stating that investment decisions in a mining project are not taken on the basis of the estimates of minerals provided by the state, and hence, reconnaissance permits are crucial before mining there.

The Act also calls for the creation of District Mineral Fund (DMF), which will be used to sort rehabilitation issues. Mining companies and the government will contribute to the fund.