Caesarian sections should be performed only on case-by-case basis, says WHO 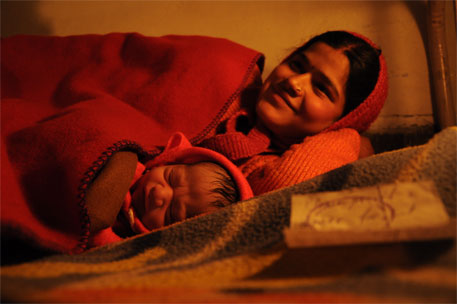 With rates of caesarean sections increasing the world over, the World Health Organization (WHO) has issued a statement discouraging the practice of aiming for “target rates” for such deliveries.

WHO says caesarean sections must be performed only when medically necessary—when vaginal delivery might pose a risk to the mother or baby due to prolonged labour, foetal distress, or because the baby is presenting in an abnormal position. However, caesarean sections can cause significant complications, disability or death, particularly in settings that lack the facilities to conduct safe surgeries or treat potential complications, the statement says.

The international accepted standard is between 10 and 15 per cent for caesareans. WHO says that while caesarean section rates of up to 10 per cent show a decrease in the number of maternal and newborn deaths, there is no evidence that mortality rates improve when rates exceed 10 per cent.

“These conclusions highlight the value of caesarean section in saving the lives of mothers and newborns,” says Marleen Temmerman, director of WHO’s Department of Reproductive Health and Research.
There is still a need for more research on the impact of caesarean sections on women’s psychological and social well-being. Caesarean sections, due to their increased cost, can pull resources away from other services in overloaded and weak health systems if performed at high rates unnecessarily.

WHO proposes adopting the Robson classification as an internationally applicable caesarean section classification system. The Robson system classifies all women admitted for delivery into one of 10 groups based on characteristics that are easily identifiable, such as number of previous pregnancies, whether the baby comes head first, gestational age, previous uterine scars, number of babies and how labour started. Using this system would facilitate comparison and analysis of caesarean rates within and between different facilities and across countries and regions.

“Information gathered in a standardised, uniform and reproducible way is critical for health care facilities as they seek to optimise the use of caesarean section and assess and improve the quality of care,” explains Temmerman. “We urge the healthcare community and decision-makers to reflect on these conclusions and put them into practice at the earliest opportunity.”

India records a high level of caesarean sections, at least in a few states. A study done by Shewali Shabnam from Jawaharlal Nehru University says that the caesarean section delivery rate in India is 9.2 per cent. However, a substantial inter-state variation of caesarean section exists. The study found that the proportion of women who have undergone caesarean deliveries is the highest in Kerala (31.8 per cent), followed by Andhra Pradesh (29.3 per cent) and Tamil Nadu (23.2 per cent) and the lowest in Rajasthan and Jharkhand (4.2 per cent in both states). The study was published in International Union for the Scientific Study of Population.