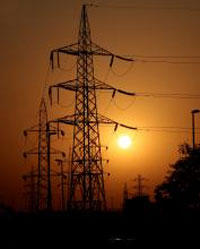 The Comptroller and Auditor General of India (CAG) has exposed the Assam government’s claims of efficiency and growth by highlighting how several Public Sector Undertakings (PSU) have incurred huge losses in the last fiscal. A CAG report for the year ending March 31, 2013-2014, shows that of 40 PSUs in Assam, 21 incurred losses totalling Rs 484.87 crore during this period.

CAG report says the losses could be attributed to various deficiencies observed in the functioning of these PSUs. It also discusses how with better management, losses can be minimised and profits enhanced substantially. “The state PSUs can discharge their role efficiently only if they are financially self-reliant. There is a need for improving professionalism and accountability in the functioning,” the report says.

CAG also says the quality of accounts of the PSUs need an improvement. “Out of 64 accounts finalised by 24 working state PSUs (including four accounts of three statutory corporations) during October 2013 to September 2013, 63 accounts received qualified certificates. There are instances of non-compliance with accounting standards in 21 accounts. Reports of statutory auditors on internal control of the companies revealed several weak areas,” the report adds.

Regarding Assam Power Distribution Company Ltd, which incurred the bulk of the losses, the report says the capital employed by the company was eroded by accumulated losses and it had been negative from 2009-10 to 2013-14. The report says that the company extended undue benefit to consumers by not recovering a penalty of Rs 45.92 lakh for overdrawing power. Delay in replacing defective meters and incorrect energy consumption billing also resulted in a loss of Rs 46.95 lakh to the company. Irregularities in management of distribution franchisee agreements and wrong classification of consumers were also identified as reasons behind the loss.

On Assam Industrial Development Corporation, the report says the company did not prepare any long- or short-term plan of its own to promote small, medium and large-scale industries in the state. It adds that the corporation incurred an expenditure of Rs 8.36 crore against the approved Rs 5.10 crore for the construction of an integrated infrastructure development centre at Malinibeel in Cachar district, leading to a cost escalation of Rs 3.26 crore.

According to the Committee for Struggle to Revive Public Sector Undertaking in Assam, a group battling for the revival of sick PSUs, one of the major reasons behind the losses incurred by PSUs is political interference.

“There have been instances when an MLA has been made the chairman of a PSU. When this happens, the chairman tries to use the PSU to woo his voters and gives excessive employment to his supporters even by violating guidelines, resulting in financial crisis,” Pradip Neog, the general secretary of the committee, says.

PSU SKKCSM was established in the late 1980s and could never earn profit due to mismanagement and political interference. In 2001, SKKCSM was privatised and taken over by Bhattar (Assam) Spinning Mills Limited, a sister concern of Kolkata-based BSL group. “Even this attempt was a failure and SKKCSM had to be shut down,” Sarma says.