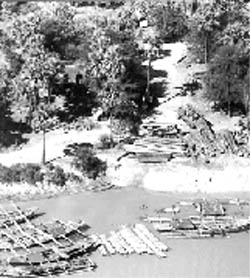 A new legislation has been introduced in Cambodia to curb illegal logging. As per the new rules, offenders can be imprisoned for up to 10 years and fined as much as us $2,500. The country's prime minister, Hun Sen, has vowed to resign if his government fails to stop the logging, which has become rampant since 1990s. Hun Sen launched his campaign against the illegal activity in 1999 when foreign aid donors said they would link future assistance to reforms in the forestry industry and other sectors.