Can polluting brick kilns be cleaned up?

India is world's second largest producer of bricks, but the environmental cost of producing cheap bricks is huge 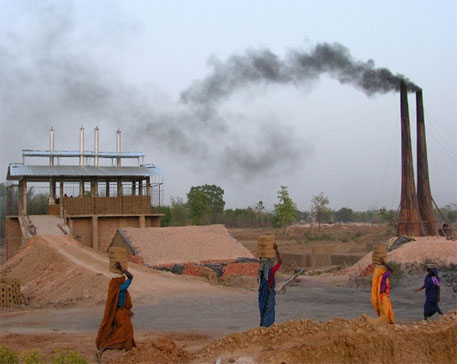 Countries of the South have a massive “under-construction” agenda – as much as 70 per cent of India, for instance, is yet to be built. Vast quantities of material are going to be needed to build homes, offices and factories. The chief building material thus far has been bricks. The standard practice is to dig clay and mud from fields, make it into bricks, and then fire them in inefficient furnaces using a variety of fuels. Brick kilns operate across the world – from China to Peru – and burn anything that is cheap and available to fire.

Centre for Science and Environment’s (CSE) 2015 paper reviewing practices across the world finds that brick kilns are estimated to consume 110 million tonne of coal in Asia – with China using 50 million tonne. Kilns have huge variations in efficiency and it could take anything between 11 to 70 tonne of coal to fire 100,000 bricks.

It is also estimated that globally, the brick industry produces 1.5 trillion bricks every year, of which 87 per cent are produced in Asia, with China leading with 67 per cent of the global production.

India is the world’s second largest producer, with over 200 billion bricks manufactured each year – the fertile alluvial regions of the Indo-Gangetic plains produce over 65 per cent of the country’s bricks.

It is also clear that this industry – scattered in the mofussil, operational seasonally, owned by small producers, and working in the informal sector – has absolutely no concern about its workers. The working conditions for the some 10 million labourers estimated to be engaged in the sector in India alone is abysmal and unacceptable.

It would be wrong to think that the age-old tradition of making bricks has not innovated in terms of technology. In fact, many technologies with varying designs, methods and efficiencies are in use in different countries (see Table: The global brick kiln industry–countries and production).

The technology employed determines the fuel usage and the nature and amount of emissions from a brick kiln. The FCBTK – which produces more than 65 per cent of the bricks made in India – is highly resource-intensive and polluting. Clamp technology is equally polluting but because it does not have any fixed structures, the initial cost of setting up the kiln is very little. It is also difficult to enforce regulations on these kilns which can literally be moved from place to place.

The zigzag kiln, introduced in the 1970s by the Roorkeebased Central Building Research Institute, is an improvement over the FCBTK. It requires air to travel through a zigzag path, which makes it more efficient and less polluting. While particulate emissions from FCBTK range from 250 to 1,250 mg/Nm3, zigzag kiln emissions are down to below 250 mg/Nm3. Black carbon emissions are also lower. The VSBK is an even better technology. 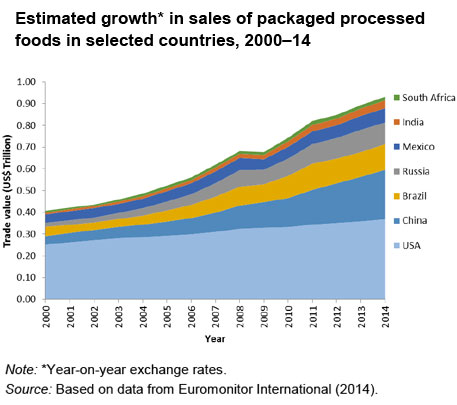 A tunnel kiln is much more expensive to set up and requires much less humanpower in comparison to an FCBTK or a zigzag. It is considered to be the best technology available till date for large-scale production of bricks and is widely used in industrialised countries. The advantages of tunnel kiln technology lie in its ability to fire a variety of products; good control over the firing process; ease of mechanisation, thus reducing the labour requirement; and large production volume.

The question for countries is how to improve technology, particularly in the informal sector, which uses costeffectiveness as its selling point. Countries are working on different policies – from banning inefficient and highly polluting kilns to developing new all wall material (in the case of China). But it is clear that as yet, the efforts have not obtained overwhelming success.

In India, the ministry of environment, forests and climate change (MoEF&CC) has notified particulate matter emission standards and minimum stack height based on the production capacity of the kiln and technology. But implementation of these rules is poor. It is virtually impossible in case of most technologies to monitor emissions; the number of kilns is massive and the capacity of the enforcement agencies limited.

The way ahead: Improve technology or change the material?

It is clear that while brick making has environmental impacts and huge social costs because of poor working conditions, it provides the most readily available and cost-effective building material. It is also a fact that countries of the South will need these materials – at affordable costs – to meet the expanding housing challenge. One option continues to be improvement in technology, ban on inefficient kilns, and enforcement of stringent emission standards to contain pollution. The other option is to look beyond the mud-clay brick and find building materials which are environmentally suitable and less polluting.

Part of the challenge – and opportunity – is to explore the possibility of sourcing building material from industrial and mining waste. This will usher in a new era of recycling and reuse and improve material efficiency. For instance, India has a growing “waste” of construction and demolition material that is currently being dumped and ends up clogging and destroying water bodies. Can this material be gainfully used in the making of building material, and how? In India, as in many other countries, this requires changes in the specifications for use of recycled materials in concrete making.

Similarly, India has a massive problem of disposal of fly ash – the ash content is as much as 35-40 per cent in the coal used in thermal power plants. The more coal the country burns for generating power the more ash there is to dispose. CSE’s rating of thermal power plants estimates that thermal plants “waste” as much as 40 per cent of their land to dump ash. Alhough MoEF&CC has notified that fly ash must be used in cement manufacturing and brick making, there is still a long way to go before the country can utilise this growing heap of waste. A 2003 notification stipulates the use of 25 per cent fly ash in brick and block making within a 100 km radius of a coal-based thermal power plant. A 2008 amendment specifies that to qualify as fly ash-based, a brick must have a minimum 50 per cent fly ash content. Clearly, this is not enough to utilise all the waste or to replace clay as the mainstay building material in the country.

It is also important, in this quest for alternative material, to look at the embodied energy of different materials so that the change is for the better. The cost of every material also needs to be looked at as affordability will be a key issue in countries where the majority are still searching for a proper roof over their heads.