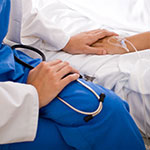 More people are dying of cancer than of heart diseases in 10 European countries, says a study.

According to a paper published in the European Heart Journal, Belgium, Denmark, France, Israel, Luxembourg, Netherlands, Portugal, Slovenia, Spain and San Marino—all predominantly high-income countries—have more men dying due to cancer than of heart ailments. Only Denmark witnessed more female deaths due to cancer than due to cardiovascular diseases.

The study, published online on August 19, analysed patients in 52 countries. "There have been improvements in the incidence and treatment of cardiovascular disease and we haven't seen the same improvements in cancer," said Mike Rayner, one of the researchers, according to a report published in the BBC.

“Cardiovascular disease causes more deaths among Europeans than any other condition, and in many countries still causes more than twice as many deaths as cancer. There is clear evidence in most countries with available data that mortality and case-fatality rates from CHD [coronary heart disease] and stroke have decreased substantially over the last 5–10 years but at differing rates,” says the paper.