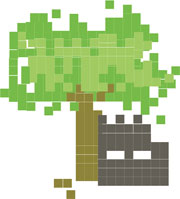 The global power struggle with echoes of the Cold War is over, said The Guardian when an Al Gore-backed group dropped a bid for a new “green” web domain, paving the way for a rival pitch by a group supported by former Soviet Union head Mikhail Gorbachev.

The .eco domain is one of the hundreds of new top level domains, like .guardian, .nyc, .bank, which would soon join the 22 suffixes like .com and .net. In 2009, the former US vice-president’s Alliance for Climate Protection campaign group published a green paper, making a starry pitch for management of .eco domain, and taking on the rival bid by Canadian company Big Room. The bid is supported by Gorbachev-founded charity Green Cross International.

“As a non-profit we have limited resources,” a spokesman for Gore’s group told the newspaper after it dropped the bid. Big Room said if it wins it would use .eco as a way of making companies disclose environmental performance while registering.