Caught in the Web

Is getting hooked to the Internet a distinct disorder or is it a symptom of other psychiatric illnesses? 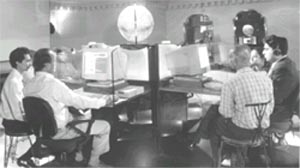 with every passing day thousands of people set out on a quest for knowledge taking the Information Superhighway route. But an increasing number are having trouble staying off the net. After getting hooked on the Internet they are battling an addiction just as serious as those who compulsively shop, steal, gamble or abuse drugs or alcohol. Interestingly, many also may struggle with a plethora of mental illnesses, including manic depression and anxiety disorders. A new report by a team of University of Florida ( uf ) and University of Cincinnati psychiatrists says that on an average, each participant in their study had five other major psychiatric problems ( Journal of Affective Disorders, Vol 58 No 3).

This is the first study of its kind to rely on face-to-face interviews using standardised questionnaires to profile people whose Internet use is characterised as problematic -- uncontrollable, as well as, markedly distressing, time-consuming or resulting in social, occupational or financial difficulties. "It surprised me how destructive the Internet apparently was in their lives, and how much they liked being online," said Nathan A Shapira, a psychiatrist at uf 's College of Medicine. "Of those we evaluated, some had very profound problems, like staying online three days straight at a time. A number failed in school and a bunch had affairs or were losing their jobs."

According to various surveys, an estimated 5-10 per cent of people who use the Internet can be classified as having a problem. For the American Psychological Association, this translates to 200,000 cyberspace addicts. In the uf /Cincinnati study, most of the 20 participants -- 11 men and nine women whose average age was 36 -- had experienced problems for three years. On an average, they spent about 30 hours per week online during their nonworking hours. Their heavy Internet habits led to devastating social consequences: severe marital strife or even divorce, failure at school or on the job, substantial debt and isolation from family and friends. Many went without sleep, were frequently late for work, ignored family responsibilities and suffered financial or legal consequences.

"When you talk about psychiatric illness, some people picture the stereotype of a strange or weird person," Shapira said. "But overall the people we evaluated were intelligent, very nice and well-respected in the community, and they had good jobs and had families."

There was one unexpected finding. Every study participant's Internet use met established diagnostic criteria for the family of psychiatric illnesses known as impulse control disorders, which include kleptomania, a recurrent failure to resist impulses to shoplift, and trichotillomania, the recurrent pulling out of one's hair. "It's interesting, because in impulse control disorders what you see is someone who has a building urge or anxiety about behaving in a certain manner, and until they do so that anxiety or push or drive won't dissipate," he said. "Once they've finished there is often pleasure or relief associated with it." Their problems were compounded by other multiple psychiatric problems: Nearly all met the criteria for manic depression or a psychotic disorder with similar features; others had a history of anxiety disorder, substance abuse problems, impulse control disorders and eating disorders.

Fifteen of the 20 study participants previously had received psychiatric medications. But according to Shapira, larger studies are needed to conclusively determine whether Internet addiction is a distinct disorder or merely the symptom of an already-characterised psychiatric problem or both.