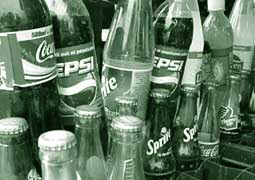 in response to Coca-Cola and PepsiCo's clarification applications, on June 1, 2005, the Rajasthan High Court (hc) issued final directions on the exact declaration regarding pesticide content to be made on the packaging of soft drinks by manufacturers. "...we require the applicants to declare on soft drink bottles, package or container, either of these two declarations -- 'Soft drink does not contain pesticide residues' or 'Soft drink is safe. The level of pesticide residue is well within all applicable standards'," reads the order.

The original order in the matter was passed by the hc in October 2004, directing manufacturers of all carbonated beverages and soft drinks to disclose the composition and contents of their products, including pesticides and chemicals. Coca-Cola and PepsiCo then approached the Supreme Court (sc), but in December 2004, their petitions were dismissed. They were asked to approach the hc to work out the modalities for implementing the order (see Down To Earth, ' Master stroke', December 31, 2004).

Swati Bhati, the lawyer who had initially filed the public interest litigation in the hc, is disappointed by the latest court order: "The honourable hc has crossed the limited liberty given by the honourable sc. It was not in its ambit to look into whether pesticide residues are present. It just had to clarify what kind of declaration is required."