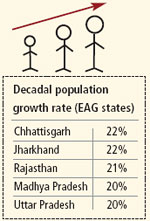 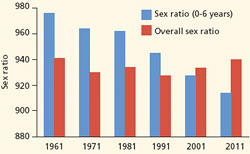 2011: the round up
Majority of EAG states (high population growth) have literacy levels lower than national average