The rural development ministry relaunched the programme which guarantees work to the rural poor on May 8. The revised programme was in the works for the past eight months. Dipping demand for work under the Mahatma Gandhi National Rural Employment Guarantee Act (MGNREGA) and widespread corruption severely dented the flagship programme which is credited with helping the Congress-led UPA government win a second consecutive term in 2009.

Aptly named MGNREGA 2.0, 30 new works have been added to the programme's list. Earlier, only eight types of works were allowed. The programme now covers almost every source of rural livelihood in every agro-ecological zone, from poultry to fishery and from watershed development to sanitation works. In the past five years of its implementation, states have been demanding expansion of the programme's list of works keeping in mind local conditions. The reforms are expected to increase job demand under the programme. 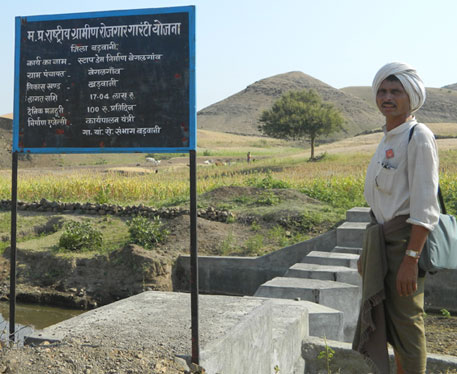 However, the new programme will focus only on 2,000 development blocks where job demand has been high. Mihir Shah, the Planning Commission member who drafted the reforms says, “The focus of the expanded MGNREGA would be on blocks with sizeable population of scheduled castes and scheduled tribes and those which were getting Rs12 crore fund a year under the scheme.”

As a first, MGNREGA labour (valued up to Rs 4,500) can be used for building toilets under the Total Sanitation Campaign. In another decision, the Rashtriya Swasthya Bima Yojana, a government sponsored health insurance programme for below poverty line households, has now been extended to those who have worked for at least 15 days under the MGNREGS.

On September 1, the ministry of rural development circulated a draft of reforms in the programme. Both the Planning Commission and the Sonia Gandhi-led National Advisory Council gave inputs for it. The suggested reforms included expansion of the work list. Earlier, the reforms were supposed to be implemented by November.