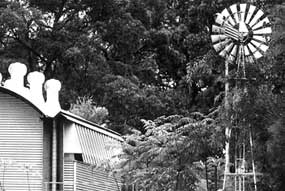 uk has become the seventh European country to agree to internet-based trading in power generated from renewable sources. Beginning April 2001, it will participate in the renewable energy certificates scheme (recs), an 18-month experiment to trade in renewable energy at market rates.

The genesis of the recs lies in the trade disputes created by the existing system. Right now, it is mandatory for all power distributors, in Europe, to buy a certain amount of electricity from plants producing renewable energy, at rates fixed by the government. To promote renewable energy, these rates have usually been kept much higher than those prevailing in the market for conventional energy. Many power distributors have raised the issue of high tariffs in European courts. They claim the government-enforced high tariff for renewable energy is the equivalent of giving 'state aid' to a particular group of competitors, a practice that is prohibited under the European Union (eu) trade rules.

The scheme has been launched by a group of energy producing companies and organisations in and around Europe. Trading has begun in Norway, Sweden, Finland, the Netherlands, Germany and Italy.