Champions of a new cause

National political parties are often accused of neglecting the environment. Recently, the Bharatiya Janata Party began campaigning against two new industrial units in Maharashtra and demonstrated how it was able to garner popular support by exploiting green issues 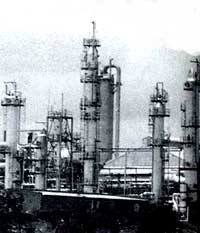 IS THE Bharatiya Janata Party (BJP), proponent of saffron Hindutva, turning green? In Maharashtra, the party recently led two anti-pollution agitations that have impressed even the BJP's opponents, save the ruling Congress, which dismissed the protests as an "unnecessary politicisation" of environmental issues.

Both campaigns targeted new industrial projects -- a copper smelter and a chemicals unit -- that state chief minister Sharad Pawar has supported closely. The first was a Rs 700-crore copper smelting factory of Sterlite Industries India Ltd, which is coming up at Zadgaon in Ratnagiri district and is slated to be the country's largest producer of copper cathodes. From mid-July, the BJP organised several meetings in Ratnagiri and its neighbouring villages, propagating the view that the plant would emit toxic sulphur dioxide gas.

Clarifications from company officials that the gas will be converted into sulphuric acid have fallen on deaf ears. The officials also say they secured the requisite clearances, including those attesting to safety measures against accidental effluent discharge, before plant construction began.

Ratnagiri district collector B K Sharma recalls there was not a trace of resentment against the plant in the six months of construction prior to July. However, the agitation picked up and became so intense that Pawar ordered work on the smelting plant to be suspended until state pollution control authorities submit an environmental impact assessment report of the project.

Meanwhile, the local BJP unit is making special efforts in the nearby villages to step up opposition to the plant, contending the plant poses a threat to the extensive horticulture in the area, which has flourished during the past five years.

Most villagers are also convinced the threat of toxic gas is just one of the adverse effects of the plant. Their attitude is typified by Dipak Tikekar, who left a management job three years ago to purchase a seven-ha holding to cultivate roses. He believes that not only horticulture but "even fisheries and tourism in the area will be jeopardised".

State BJP leaders like N S Pande admit they were surprised by the positive response to their anti-pollution protest drive in Ratnagiri. So, when another similar opportunity presented itself in Pune district in August, they capitalised on it in a more systematic manner.

The Pune agitation was built around large-scale cattle deaths in Girim and Patas villages near Kurukumbh industrial estate, 50 km from Pune. Local villagers alleged about 350 cattle died after consuming water polluted by discharge from the monoethylene glycol manufacturing plant owned by SM Dyechem.

SM Dyechem quickly denied responsibility for the cattle deaths and issued a series of press releases, listing details of pollution control measures installed at the Rs 400-crore plant, located on a 50-ha plot. Argues R Swaminathan, vice-president (operations), "We have taken pains to install state-of-the-art effluent-treatment equipment worth Rs 4 crore, whose efficacy has been proved even in the US."
Scientists at the plant vouch for the effluent control system, which uses specially cultured bacteria that consume pollutant wastes. The bacteria are killed by chlorination before the waste is discharged. But the scientists admit contamination in the liquid discharge may be due to traces of industrial alcohol, which is used as raw material.

Says A S Walia, who is responsible for the functioning of the effluent treatment division, "Our system is foolproof and the discharge cannot be dangerous to either animal or plant life." To support his contention, Walia draws attention to two nurseries thriving within the plant compound that he claims are irrigated entirely by discharged water. Dyechem officials argue the cattle deaths occurred due to amhistone worms, which infect cattle intestines during the monsoon. Their stand seems to find some support from local livestock development officer G N Kodilkar, who felt initially that at least some cattle died due to amhistones.


The local BJP unit led by Tanaji Divekar joined issue with the plant authorities from the very beginning. Divekar also criticised the official machinery for dilly-dallying and announced he had got the viscera of 12 dead cattle examined and the tests proved six of them had been affected by the plant's effluents.

Simultaneously, the issue was raised in the state legislative council by Prakash Javadkar of the BJP. In the legislature as well as other public forums, BJP leaders pointed out Pawar had claimed personal responsibility for the decision to make the Kurukumbh industrial estate an exclusive zone for chemical industries. They also alleged Pawar was interested in the estate because it bordered his constituency, Baramati. Referring to the fact that Dyechem is the only plant in the estate that has begun production, Javadkar retorts, "If the first unit cannot ensure environmental safety, imagine what will happen when the rest become operational."

What added grist to the opposition party's mill against Dyechem was the support it received from an unlikely quarter: The preliminary report of a committee of state government environment and pollution control officials set up to investigate the issue, agreed there was some toxic spillage from the company's effluent treatment plant, which had not stabilised fully.


Explains effluent treatment expert Uday Bhawalkar, whose help Divekar sought, "Acculturation of bacteria to consume effluents in a treatment plant is a gradual process in which regulation of the increase of the pollutant load is a critical factor." He feels the repeated delays in commissioning the Dyechem plant, which started production in June, may have tempted its managers to overload the treatment system, leading to its collapse.

Kodilkar also reported that though amhistone-related cattle deaths were common during the monsoon, "the recent spate of deaths in the area is much higher than earlier."

Divekar is determined to intensify the agitation if the "government does not give proof that the situation is being rectified".

Local Congress officials are waking up to the realisation that the BJP could walk away with the issue on a platter. Some local Congress leaders like Vinayak Appasaheb Khatal, who is chairperson of a milk marketing cooperative, feel Pawar must be persuaded to shift the plant out of the district "to Baramati proper, perhaps". Senior Congress leaders of the area, such as Subhas Kul, MLA, feel the people of Pune district need to be convinced the state government has not been lackadaisical.

Arguing that Pawar himself had swiftly ordered a committee to review Dyechem's pollution control capabilities, Kul points out the committee's adverse preliminary report is proof there is no mala fide intention on the part of the Congress. However, he admits his party should have moved to prevent the BJP from taking advantage of the issue.

Few such worries exist for the BJP. Leaks from the state environment ministry that the Dyechem plant will be placed under temporary government supervision until its effluent treatment system stabilises, has given a fillip to the BJP's stand.

A senior state leader, known for his erudition, shrugs off the idea that the BJP is changing colour. Instead, he points to the fact that in both Ratnagiri and Kurukumbh, his party achieved an impact and mobilised a following beyond its current base in the two districts. He says it confirms the notion that "mainstream political parties are slow to seize environmental issues. We (the BJP) would do well to shake off this lethargy."