Chemical weapons on the pyre 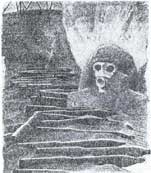 THE US played a lead role in urging recalcitrant nations like Russia to endorse a treaty banning chemical weapons, which these 2 countries and 152 others are due to ratify. But, although the US Congress has directed the army to eliminate its stockpile by 2004 AD, the army may not find it easy to stick to the deadline because environmentalists are strongly opposed to the incineration of these weapons.

The army, which some years ago evolved a strategy "to disassemble" bombs, rockets, mines and mortar shells loaded with lethal nerve gas, said that incineration was the most practical disposal method. It had even prepared the blueprints of 8 incinerator plants and began burning the weapons stored on the Pacific atoll of Johnston Island. The Tooele Chemical Agent Disposal Facility in Stockton, Utah, is now ready for operation.


Environmentalists, however, say that dioxins and other harmful products might be emitted during incineration. Besides, they argue, there is no need to act in such haste. Other disposal technologies still being developed might turn out to be cheaper and safer in the long run.

The army nevertheless claims that the techniques perfected at the Tooele facility ensure emission-free incineration. It is futile, the US defence department points out, to raise objections now, when the Environmental Protection Agency, the Utah authorities, as well as independent scientists, have accepted incineration.

The government has too much at stake to give an ear to conservationists. For one, it has already sunk a whopping $400 million into the Tooele project. Further, it fears that Russia may back out of the treaty if a controversy involving disposal techniques for chemical weapons erupts on the domestic front.