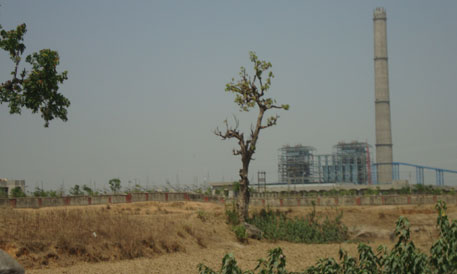 After ignoring complaints of water theft by two power plants of Vandana Group for over two months, the Chhattisgarh government has relaxed all rules regarding water supply to the coal-fuelled power plants in Korba district. The 540 MW Vandana Vidhyut is in Chhurikala village and the 70 MW Vandana Energy is in the neighbouring Dhanras village. The government has allowed the plants to draw water from Minimata Hasdeo Bango barrage and Dabra dam on the Hasdeo River, which are the the main source of irrigation for around 200,000 hectares in this arid district.

As per the government rules, industries can source water only from the downstream areas of barrage or dams.

At the time of securing permission for its plant, Vandana Vidhyut had pledged that it would set up two anicuts (small dams) downstream of Minimata Hasdeo Bango barrage and lay a 15 km-long-pipeline for carrying water to the plant. The works would have cost the company Rs 25 crore. Now the decision to allow the company to source water from Savamangla mandir upstream of Hasdeo barrage means it does not need to build anicuts. All it has to do is to lay two kilometres of pipeline.

Besides, the plant, which started operating in April, is yet to construct an ash pond to properly dispose fly ash. In May, in a letter to the district collector, BJP leader and ex-deputy chairperson of the Legislative Assembly, Banwarilal Agrawal, had stated that the plant is dumping fly ash in the open, which is causing severe air pollution in the villages adjacent to the plant. Agrawal had also complained that the plant was illegally taking water from a pond in Chhurikala. The residents of Chhurikala depend on the pond for their daily activities.

In April, following complaints of water theft by Vandana Energy, the district collector of Korba, R P Tyagi, had shut down the plant. The plant, however, became operational within a few weeks.