Chhattisgarh tribals to get sterilisation facilities after 30 years 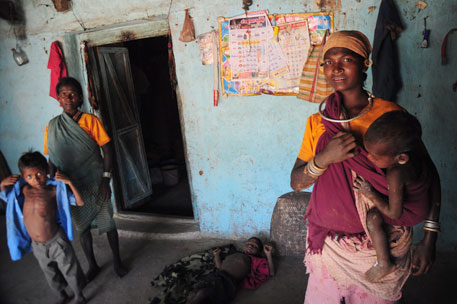 During the Emergency period when the Indian government had initiated forced sterilisation to control population, five primitive tribes in Chhattisgarh were left out because they were having very few children. The reason for their dwindling numbers--acute poverty and lack of health facilities--was ignored.

But now the government appears to be taking some corrective measures to extend family planning facilities to these poor tribal people. Planning Commission secretary Sindhushree Khullar recently wrote to the Chhattisgarh government to take the December 13, 1979 order of the Madhya Pradesh government (to implement sterilisation drive) in the right perspective and provide sterilisation facilities to the Behor, Pahari Korvas, Abhujmadias, Kamar and Baiga tribal communities. They are considered Particularly Vulnerable Tribal Groups because both birth and death rates are high among them. Chattisgarh was a part of Madhya Pradesh during the implementation of the order.

Kedar Kashyap, Chhattisgarh’s minister for Schedule Caste and Schedule Tribe development, denies that the state ever deprived primitive tribes of health facilities. “It was a law made by the government of Madhya Pradesh. We have never denied health facilities to anyone in the state,” he says.


The Planning Commission was acting on a complaint filed by advocacy group Public Health Research Network (PHRN). It says the Chattisgarh government had issued an order saying that primitive tribe opting for family planning measures should take a no objection clearance from the local administration. “Primitive tribes have low literacy and this order remained only on paper,” says Sulakshana Nandi, state health convener for PHRN.

According to the National Family Health Survey, 70 per cent of the children born in primitive families are underweight, while the national average is 46 per cent. Infant mortality rate among them is also high. “Thus their population either remains stagnant or it increases slightly,” says Nandi. The government cannot increase population of the tribal communities by denying them family planning initiatives. It can rather save the dwindling population by enhancing basic health facilities for them, Nandi adds.