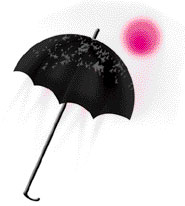 by the 2030s, climate change could become the main factor leading to ozone loss, surpassing even industrial products such as chlorofluorocarbons (cfcs), says a new National Aeronautics and Space Administration (nasa) study. While attributing this to changes occurring in water vapour and temperature in the upper atmosphere due to rising greenhouse gas (ghg) emissions, the report says that such changes may delay recovery of the depleting ozone layer over heavily populated areas.

The Montreal Protocol has led to a steep fall in the use of ozone-depleting substances (ods), including cfcs, thereby retarding the ozone-loss phenomenon. However, Drew Shindell, atmospheric scientist, nasa's Goddard Institute for Space Studies and Columbia University, says: "It's hard to tell if those great international agreements (to ban cfcs) work if we don't understand the other big things that are going on in the stratosphere, such as increases in ghgs and water vapour."

Most of the ozone is present in the dry upper atmosphere called the stratosphere, extending from about 10-50 kilometres over the Earth's surface. Ozone blocks harmful ultraviolet rays from the Sun, which can cause skin cancer and cataract. The nasa study focused on the ozone layer over heavily populated areas around the equator and mid-latitudes.

The presence of water vapour in the stratosphere is dangerous to the ozone layer as it breaks down into ozone-depleting molecules at high altitudes. Heat-trapping gases such as carbon dioxide and methane warm the lowest layer of the atmosphere by preventing solar energy from escaping the Earth. Since warmer air holds more water, such heating can make the air present in the lower atmosphere wetter. There is evidence suggesting that water vapour can travel to the stratosphere by shifting air currents caused by warming.

Increased emissions of methane can also get transformed into water in the upper atmosphere; they are responsible for a third of the observed increase in water vapour in the stratosphere. Another way by which climate change depletes the ozone layer is by heating the lower stratosphere where ozone is concentrated. As temperature rises, chemical reactions causing ozone loss gather momentum.

Scientists have been expecting the ozone layer to recover as a result of the agreement controlling the use of ods. But, according to the study, climate change may end up negating these efforts. Computer model simulations taking into account only the effect of cfcs on the ozone layer suggest a near full recovery by 2040. But when the effects of cfcs are combined with those of water vapour and temperature changes, the model shows only a slight recovery compared to the current depletion levels.