Children’s involvement in conflict cause of worry: India 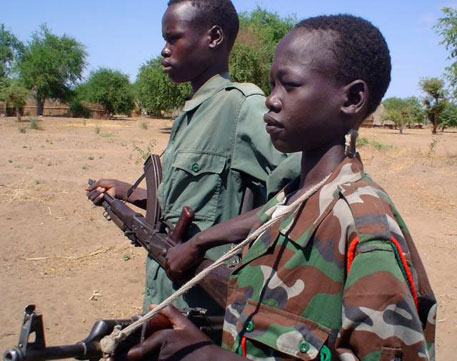 India has expressed concern at the growing involvement of children in armed conflict and has called upon the member states of the United Nations to address the issue urgently. India’s ambassador to the UN, Asoke Mukerji, was speaking at a UN Security Council session on “Children and armed conflict” earlier this week. He said that India’s priority is to help children affected by left-wing extremism in the country, says a report by the Press Trust of India (PTI).

“India believes that any interface between the UN and non-state actors is open-ended since non-state actors are not bound by legal obligations and commitments,” the report quotes Mukerji. However, he added that it would be more appropriate for the Security Council “to recommend the strict application of the rule of law as deterrence to armed non-state groups, especially for the investigation and prosecution of those non-state actors who are inveigling children into armed conflict or violating the fundamental human rights of children in armed conflict with impunity”.

Mukerji further said that contrary to popular perception, extremism, recruitment and radicalisation of children, their use to commit violent acts as well as incidents of armed attacks on schools cannot be confined to the developing world. He proposes the deployment of more child protection advisers in peacekeeping operations to ensure safe return of children affected by armed conflict.

The state of the world’s children 2012: children in an urban world