China grows at the cost of its rich coastline

After the economic reforms in 1978, the country has been extensively exploiting its coasts 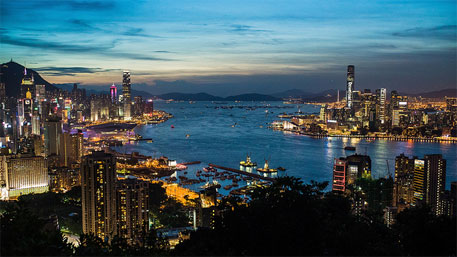 China's phenomenal industrialisation is coming at the cost of its rich coastline, says a report which analysed 60 years of social, economic and environmental data of the country.

The study, published in the Nature group journal Scientific Reports, points out that though the rate of population increase in China’s coastal provinces remained constant after 1978 economic reforms, rapid industrial growth has substantially impacted its coastline. This has happened primarily because “in China, 1.3 billion people are rapidly shifting from a largely agrarian society in the interior of the country to an industrial economy concentrated in coastal regions”. The report says the country’s 30,017 km coastline and 348,090 km2 of seas support half of the population.

After 1978, the report shows, China’s coastal ecosystems have been degraded rapidly. For example, across China’s seas, the diversity and body size of marine fish did not change before 1978, but both have steadily shrunk since. “Surface seawater temperature and dissolved inorganic nitrogen have increased significantly in all four coastal seas… In contrast, seawater dissolved oxygen generally decreased,” the report says. This has led to an increase in harmful algal blooms since 1980s. It has also reduced the cover of corals.

The report, as a result, calls for swift action by the Chinese government to arrest the problem. “We suggest that a stronger conservation ethic and shift in thinking from prioritising short-term economic development to considering how ecosystem services sustain economic growth would promote conservation of coastal ecosystems,” the report says.