China hints at rolling out major emission caps next year

Cap year for carbon emissions might also be announced 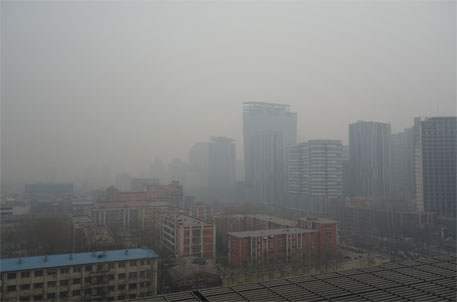 China might next year announce its cap year and roll out ambitious goals to cut down carbon dioxide output after 2020. Speaking at the annual Petersberg Climate Dialogue in Berlin, China’s lead climate treaty negotiator, Xie Zhenhua, said the announcements might come by first half of next year. “The capping year might be included in that statement and if there is a capping statement, I hope and believe that would be a very ambitious one,” he added.

A cap or peak year signifies the year with maximum carbon emissions by the country, following which the carbon emissions go down. While developed nations have already reached cap year and have ever since been reducing their carbon emissions, developing nations such as China and India have shied away from committing a peak year as it would hamper their economic growth.

Interestingly, Zhenhua had made a similar statement last month when he said China for the first time is working on reducing its total greenhouse gases. The announcement came after the US announced a 30 per cent cut in carbon emissions in its operational power plants by 2030 by reducing the use of coal. The recent statement clearly suggests China is planning a big step to curb its carbon emissions.

China’s actions are crucial to the success of a new global agreement on emissions because it is exempted from caps under the existing global-warming treaty, the Kyoto Protocol, and is also the world’s biggest producer of greenhouse gases from burning fossil fuels. The next major global meet on climate change is scheduled in Paris next year where countries are expected to hammer out a new global treaty to contain global warming.