Niacin can cause bleeding and infection in the gut and brain 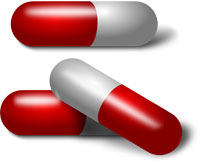 The side-effects of Niacin, a drug prescribed to control cholesterol for close to 50 years now, may be far too dangerous than its benefits, a study reveals.
Niacin, or Vitamin B3, is commonly available. Sometimes it is even sold as an over-the-counter supplement. In India, it is sold under brand names Nialip (Dr Reddy's Lab), Nicinal (Cipla) and Neasyn SR (Torrent).

The study conducted by HPS2-THRIVE (Treatment of HDL to Reduce the Incidence of Vascular Events) Collaborative Group, University of Oxford, reveals that Niacin can cause dangerous side-effects such as bleeding and infection, particularly in the gut and the brain. Side-effects such as liver problems, gout and loss of control over diabetes were already known.

The study was conducted over a period of four years on patients suffering from cardiovascular disease, all between 50 and 80 years. About 25,000 patients from China, Denmark, Finland, Norway, Sweden and the United Kingdom participated in the study. The group was given extended-release Niacin and Laropiprant, which reduces face-flushing caused by high dose of Niacin, to study if the drug had any role in preventing heart attack and stroke among them, in comparison to a placebo.

Although there have been previous studies documenting the ill-effects of Niacin, this is the first to be conducted on the drug on such a large scale. The study was published in The New England Journal of Medicine on 17 July.

Niacin is given to patients to increase HDL (high density lipoprotein) or ‘good cholesterol’, which decreases chances of cardiovascular events. But raising HDL levels with Niacin does not appear to impact cardiovascular outcomes, and the patients remains at risk.

Jane Armitage, principal investigator of the study, says, “Use of Niacin for the prevention of cardiovascular events should now be reconsidered. The trial shows that Niacin causes significant hazards and does not reduce the number of people suffering heart attacks and strokes when added to treatments, such as cholesterol-lowering statin therapy, which are known to be safe and effective.”