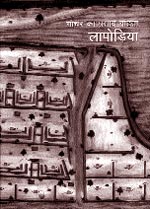 Success stories, especially exemplary grassroots efforts, aren't easy to represent. First, you have to find them -- the really good stories have an uncanny way of slipping past. Then comes the challenge of the narrative. One is always tempted to slip into hyperbole and leave the details to the reader's imagination or, to lose the larger message in the detail. This is more so when the subject is common pastures, which once played a central role in the Indian village economy but have been destroyed by the well-documented tragedy of the commons. In fact, most discussions on reviving common lands veer into the fabulous with little real-time value.

Lapodia in Jaipur district of Rajasthan was just another desolate village in a semi-arid area till some residents showed leadership and ingenuity in reviving its pastures. Anupam Mishra's book documents this arduous journey of this village, spread over about two decades: a journey that has made Lapodia prosperous and resilient to drought. While six consecutive years of drought have robbed several villages in the region, Lapodia is reaping the rewards of its investment in its pastures. In the arid and semi-arid regions of India, rearing livestock has been at the core of survival strategies, as agriculture is severely limited by the physical conditions. The book records the diverse dimensions of this livestock economy, and the tremendous social organisation needed to run it.

Painstakingly recorded details of the innovative chauka system of impounding water in the pasture are seamlessly woven into human stories. Mishra has visited Lapodia regularly for at least seven years now, and this shows in his understanding of the village. His narration is not that of a disinterested observer; it is involved and intense. The tenor is understated and the writing style lucid. To cap all this, the book is remarkable for its illustrations and overall presentation.