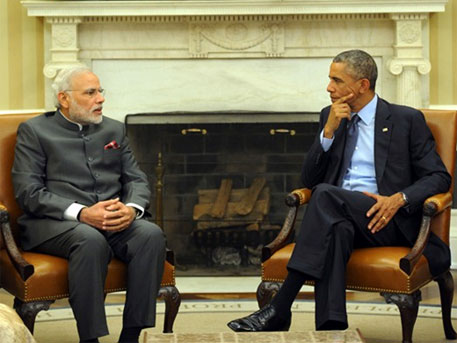 The demand follows Modi’s maiden visit to the US between September 26 and September 30, where he announced the setting up of the joint working group on IP.

The letter urges the prime minister to approach the IP issue with a “holistic perspective instead of narrow confinement to trade and economic policy”. It also requests the prime minister “to take a personal interest in this important matter”, as IP affects basic needs such as food, medicine and education, which are not trade issues.

According to Shalini Bhutani, legal researcher and policy analyst on IP and a signatory to the letter, says the announcement needs specific clarity as a forum for the two countries to discuss this issue has been in existence since 2010.

“The necessity for setting up the joint Indo-US IP Working Group is not entirely clear as the Department of Industrial Policy & Promotion (DIPP)’s press release of October 3 mentions there is already in operation an Indo-US Trade Policy Forum since 2010. Therefore, the government needs to make public the specific purpose of this joint working group,” says Bhutani.

Bilateralism against spirit of WTO

The letter, signed by 57 groups, including academics, political scientists, social scientists, research fellows and representatives of various organisations, says the demand of the US authorities for higher standardisation of IP will not only benefit the US corporate lobby but is also against the spirit of WTO.

The letter, faxed to the prime minister on October 29, states: “We urge that the Government be particularly wary of higher IP standards (benefiting US corporations) that are typically demanded by the US administration and its trade negotiators in bilateral and plurilateral negotiations. The US demands we clearly go beyond what the World Trade Organization (WTO) asks for from its member countries. Several regional trade agreements or bilateral investment treaties either signed by or being negotiated by the US bear evidence to this trend. Any bilateral negotiation on IP between India and the US would definitely witness demands on India to provide for higher standards of IP protection that are not required of us by the
WTO’s IP agreement—TRIPS.”

The letter cautions Modi against bilateralism given US’ track record.

“It is important to recall that in the multilateral system, WTO (where US had initiated proceedings against India on the IP issue at the Dispute Settlement Body in 1996, within a year of WTO coming into force in 1995) and outside it unilaterally (through its ‘Priority Watch List’ and Out-of-Cycle Review under its Trade Act of 1974), USA continues to exert pressures on countries that it sees as IP offenders,” says Bhutani.