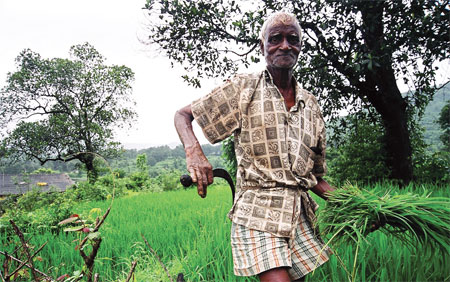 As the sixth round of regional free trade negotiations between ASEAN and other nations got under way at Greater Noida near New Delhi on Monday, farmers organizations, civil society groups and trade unions have expressed concern over regional agreements proposed under the Regional Comprehensive Economic Partnership (RCEP). They said regional agreements are likely to jeopardise socio-economic progress of developing and poor countries.

The RCEP negotiations involve 16 countries, including the 10 ASEAN (Association of South East Asian Nations) nations and the bloc’s free trading partners that include Australia, China, India, Japan, the Republic of Korea and New Zealand.

A civil society group has shot off a letter to Commerce Minister Nirmala Sitharam, calling for immediate halt to any such agreement.

In the letter, Yudhvir Singh, convenor of Indian Coordination Committee of Farmers’ Movements, warned the Indian government not to go ahead with RCEP negotiations, stating said these agreements put India’s dairy and agriculture industry at risk.

Indicating how these agreements only deepen the existing liberalisation process, the letter highlighted that seven of the key RCEP members, including Australia, Brunei Darussalam, Japan, Malaysia, New Zealand, Singapore and Vietnam are currently negotiating the Trans Pacific Partnership Agreement (TPP) with countries like the United States and Canada.

“We oppose RCEP as it has the potential to irreparably damage Indian dairy and agriculture sector in total. It is evident from Australia and New Zealand FTAs with China that they want more market access for their dairy products. Deeper tariff cuts on agriculture products will intensify agriculture crisis in India,” the letter stated.

Amitava Guha from Centre of Indian Trade Unions (CITU) said that many of the RCEP countries have advanced manufacturing capability would not allow developing and poor countries to grow.
“Elimination of import duties on industrial products would intensify the cut-throat competition to reduce the cost of production. It will lead to poor quality of employment and downward pressure on wages in the region. This would harm workers’ welfare and put them against each other while seriously impairing workers' efforts to achieve 'decent work' and their right to organise and bargain collectively,” said Guha.

K M Gopakumar of Third World Network (TWN) said that governments like Japan and Australia are pushing for “TRIPS Plus” provisions in RCEP negotiations. “Such a strict intellectual property regime will restrict generic manufacturing of medicines at affordable prices, adversely affect public health objectives and increase cost of treatments for cancer, HIV/AIDS and many other life threatening diseases” said Gopakumar.

Dharmendra Kumar of India FDI Watch expressed concern that RCEP negotiations processes may be used to seek commitments that go beyond current regulations in India with regard to FDI in retail.