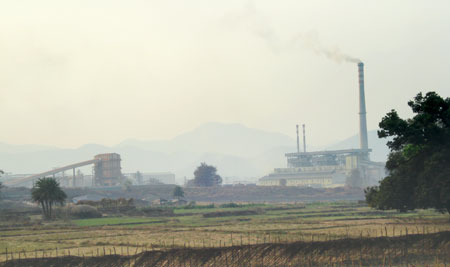 FOR months there has been speculation in Delhi about an imminent clampdown on metals giant Vedanta's bauxite mining operations in Orissa.

However, when the final forest clearance for Vedanta's proposal to mine bauxite in the Niyamgiri Hills was rejected by the Union Ministry of Environment and Forests (MoEF) on August 23, there was surprise at the speed at which matters had moved the preceding week.

The ministry's stop-order came in the wake of a flurry of committee meetings as officials compiled a detailed dossier on the environmental and forest rights violations by the London Stock Exchange-listed metals firm. The ministry's decision was based on the findings of the N C Saxena Committee set up to examine the mining proposal. The N C Saxena committee submitted its report on August 16. Four days later, its recommendations were accepted by the Forest Advisory Committee (FAC) of MoEF.

Minister of state for environment Jairam Ramesh also had to double check the legal implication of his order on Vedanta with the Ministry of Law and Justice and the Attorney General of India since FAC had given in-principle clearance to Vedanta for diverting 660.74 hectares of forestland for mining to the state-owned Orissa Mining Corporation (OMC) in 2007. The Supreme Court had also cleared the proposal in August 2008.

The illegality of the expansion of Vedanta's alumina refinery in Lanjigarh has turned into a core concern for the ministry, 20 months after the violation was first brought to its notice.

Vedanta Alumina Ltd (VAL) in Lanjigarh has an authorised capacity of one million tonnes per annum but has been ramping it up for a six-fold expansion without the necessary clearances. Ramesh is now asking Vedanta to explain why the terms of reference (ToR) fixed for the environmental impact assessment report on its expansion proposal should not be withdrawn.

Of more concern, perhaps, for Vedanta is another show cause notice that asks why permission for the existing facility should not be revoked. This appears to have been prompted by concerns that VAL "is sourcing bauxite from a large number of mines in Jharkhand" that have not obtained environmental clearance.

A report submitted in May this year by V P Upadhyay, director of the ministry's eastern regional office, said one of the 14 mines from which bauxite is being sourced is licensed.

A VAL spokesperson denied that the company was using illegally mined bauxite and pointed out MoEF had not named any of the illegal mines. "Most of our bauxite comes from Chhattisgarh," he claimed. Ramesh's announcement rejecting Stage II forest clearance for mining in Niyamgiri is thus a triple whammy for Vedanta. Along with this rejection, the environmental clearance accorded to the mining project—it is a joint venture of Sterlite Industries, a sister concern of Vedanta, and OMC—also becomes inoperable.

The mining clearance for Vedanta was rejected on three major grounds: violation of the Forest Rights Act (FRA), "the blatant disregard" to the rights of the tribal groups dependent on the area for their livelihood, violation of the Forest Conservation Act and the Environment Protection Act (EPA). Ramesh said the evidence gathered by the Saxena committee "is compelling" and the violations of the various laws "appear too egregious to be glossed over" (See Also: 'Forest Alert').

Civil rights activists are celebrating the stop-order but they would like the ministry to go further and seek compensation from Vedanta for the damage it has caused to the tribal population and to the environment.

The Saxena committee had found Vedanta guilty of "illegally enclosing and occupying at least 26.123 hectares of village forestland within its refinery site", said Prafulla Samantara , who has been leading the campaign against Vedanta, says there should be compensation for this. Samantara is president of the Orissa chapter of Lok Shakti Abhiyan and a convenor of National Alliance of People's Movements. "It's good that the government has realised that rich natural resources like Niyamgiri which gives sustenance and livelihood to large numbers of tribal folk must be preserved," he said.

Another leading light of the campaign, forest rights activist Madhu Sarin sees the MoEF decision as a historic development—the first time that the legal empowerment provided to forest dwelling communities has been recognised.

"Its implications for future forest diversions, which till now have been granted without any consideration of people's rights, are stupendous," said Sarin.

Civil society organisations are equally relieved that the illegal expansion of the refinery, they first brought to the notice of MoEF a little over a year ago, has been halted. In a submission made to the Reconstituted Expert Appraisal Committee (industry) on August 14, 2009, Samantara and lawyeractivist Sidharth Nayak, had pointed out that "expansion work is proceeding without environmental clearance" and that people in the region had estimated 60 per cent of the expansion had been completed. "Granting post-facto environmental clearance for such blatant violation of the law will amount to rewarding a law breaker…"

The violations were first discovered by the Orissa State Pollution Control Board. In its inspection report of December 3-5, 2008, the board found that "civil work and fabrication work of expansion of alumina processing unit and power plant is going on full swing without obtaining consent to establish and environmental clearance." Samantara's submission had drawn the expert committee's attention to the report.

It is only in 2010 that the expert committee thought it fit to respond to Samatara's submission. In May it asked the MoEF regional office in Orissa to probe the matter. The Upadhyay report confirmed the transgressions. It also found that meters for monitoring the groundwater quality around the red mud and ash disposal ponds had not been installed, thereby violating specific conditions of the environment clearance given to the refinery.

Sarin said the fact that no action was taken for so long "only reflects the impunity which Vedanta has enjoyed". Some reports from the field suggest that the company demolished some of the illegal structures before the planned visit of an inspection team of the expert committee.

But Pavan Kaushik, spokesperson for Vedanta, claims all this shows "a lack of understanding of the processes in such an industry". His contention is that refineries have the inbuilt facility for expansion and such work is an ongoing process.

'Orissa bound to give bauxite'

But can such a gigantic expansion take place without the requisite clearances since the resource requirements are tremendous (See Chart)? The company has no answer for this.

As to the FAC's observation that Niyamgiri has "limited relevance to the Lanjigarh refinery" because the bauxite reserves of 72 million tonnes would last four to five years on account of its sixfold expansion, Kaushik points out the expansion has now been rejected. "In any case, OMC has signed an agreement assuring us 150 million tonnes of bauxite. So, the problem is theirs," he said.

Vedanta says it has invested about Rs 12,500 crore in Lanjigarh and is committed to the project. What this entails for Orissa will become clear in coming days.