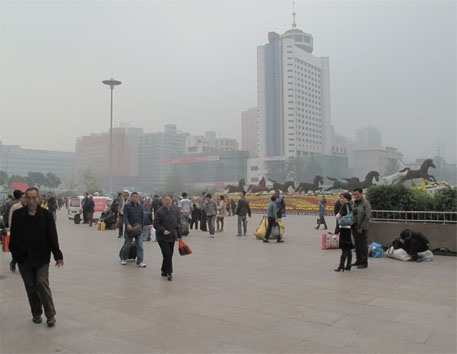 There was a 50 per cent reduction in costs associated with loss of life and disability between 2001 and 2010 in the Chinese city of Taiyuan. This improvement in health of people living in the city was a result of air pollution regulations imposed in the city in the last decade, says a study.

Taiyuan, the capital of Shanxi province, is a major hub of metallurgy- and energy-related industries. To check air pollution in the city, the local government implemented a number of policies between 2000 and 2012. These included “mandating the closure of many polluting sources, auditing companies that produced large amounts of toxic and hazardous materials, setting pollutant emissions standards, and promoting energy efficiency and pollution reduction”, says a news release by the Columbia University Mailman School of Public Health. Researchers from the university were involved in the study.

The measures resulted in a more than 50 per cent reduction in concentrations of particulate matter (PM10), which came down to 89 µg/m3 in 2010 from 196 µg/m3 in 2001. “Air quality improvement from 2001 to 2010 was estimated to have prevented 2,810 premature deaths, 951 new cases of chronic bronchitis, 141,457 cases of outpatient visits, 969 cases of emergency-room visits and 31,810 cases of hospital admissions,” says the research paper published online in the journal Environment International on August 27.