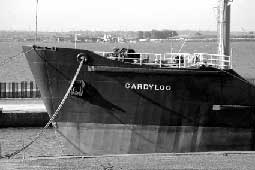 After a raging debate, representatives of the 159 member states of the International Maritime Organisation (imo) adopted a new convention recently to restrict the use of the harmful compound known as organotins used in ship paints which leach into the water, killing marine life and also entering the food chain. By January 1, 2003, all ships shall not apply or re-apply organotin. And by January 1, 2008, ships either shall not bear such compounds on their hulls or shall bear a coating that forms a barrier to such compounds.

Sea life such as algae and molluscs adhere to the hulls thereby slowing down the vessels and increase fuel consumption. To prevent such hinderences, paints are painted on the ship bottom for their smooth movement.

After the treaty was signed, imo Secretary General William O'Neil said, "Our efforts will now turn to ensuring the convention is brought into force as soon as possible." He asked the parties to do their utmost to prepare for implementing the convention as "a matter of urgency". Greenpeace toxics campaigner, Martin Besieux, said, "It sends a clear signal to the shipping, paint and chemical industries that their days of abusing the marine environment are finally over."