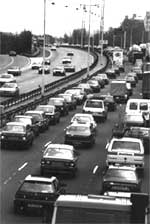 there would be no sulphur in petrol from January 1, 2009, in 15 countries of the European Union (eu) block. This decision was taken by the eu environment ministers recently. The eu intends to reduce harmful pollutants and carbon dioxide from vehicle emissions. The sulphur ban is in consonance with the eu strategy to combat pollution and it requires all member states to introduce sulphur-free petrol and diesel from January 1, 2005.

The eu says that it would make sulphur-free petrol mandatory after a review of the situation in 2005. The cost of upgrading refineries will be over us $8,952,618,361 over 15 years, points out the oil industry. According to the eu, the move to go in for sulphur-free petrol will allow modern cars to burn less fuel and help reduce greenhouse gases. "This will significantly reduce emissions of carbon dioxide -- a major greenhouse gas. These fuels will improve the air quality for people throughout the eu," says European Environment Commissioner Margot Wallstrom.