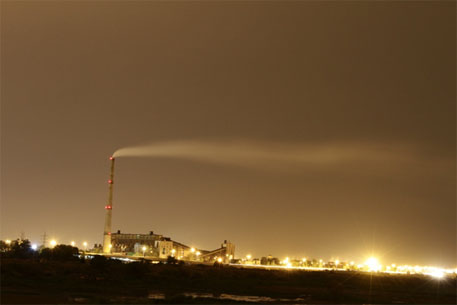 Increased use of coal, relative to other energy sources, has reversed the trend in gradual decarbonisation of the world’s energy supply, says the Intergovernmental Panel on Climate Change (IPCC) in its synthesis report releases on November 1.

The report highlights that total annual anthropogenic or human-induced greenhouse gas (GHG) emissions have increased by about 10 gigatonnes CO2 between 2000 and 2010. This increase comes directly from energy (47 per cent), industry (30 per cent), transport (11 per cent) and building (3 per cent) sectors.

The report says that the potential adverse sideÃ”Ã‡Ã‰effects of this increase can be avoided by adopting complementary policies such as income tax rebates or other benefit transfer mechanisms.
The cost of achieving near universal access to electricity and clean fuels for cooking and heating are projected to be between $72 and 95 billion per year until 2030, with minimal effects on GHG emissions and multiple benefits for health and air pollution reduction, highlights the report.

Near-term reductions in energy demand are an important element of cost-effective mitigation strategies. These provide more flexibility for reducing carbon intensity in the energy supply sector.
Highlighting the role of behaviour in energy saving, IPCC report says that behaviour, lifestyle and culture have a considerable influence on energy use and associated emissions. Changes in consumption patterns, adoption of energy savings measures, dietary change and reduction in food wastes can substantially lower emissions.

Key measures to achieve such mitigation goals include decarbonising or reducing the carbon intensity of electricity generation as well as efficiency enhancements and behavioral changes, in order to reduce energy demand, says the report.