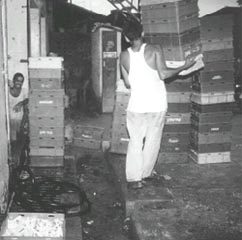 the Delhi government's Prevention of Food Adulteration (pfa) Department has recently seized 20 samples of substandard milk. The 20 samples were a part of 63 samples taken from milk tankers entering Delhi from Haryana and Uttar Pradesh, as well as, from milk dairies and polypack milk supplied by different companies.

A K Walia, Delhi's health minister said that none of the samples meet the specifications of the pfa department. "Some samples were also short in fat and two of them contained neutralisers," Walia added. However, no traces of materials like urea, detergent and cheap vegetable oil, which are commonly used to make synthetic milk, were found in any of the samples.

According to the officials of the pfa department, certain milk companies are indulging in adulteration since the milk production during the summer months has been low. Walia said that the government was keeping a close watch on milk supply from neighboring states and samples would be lifted for testing on a regular basis. Nearly 50 per cent of Delhi's milk requirement is met by Haryana and Uttar Pradesh. "Anyone who finds the quality of milk supplied below standards should immediately inform the pfa department," Walia stated.