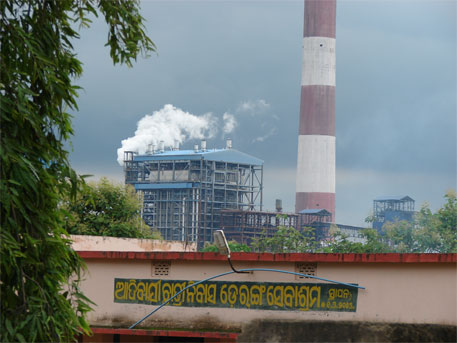 Since coming to power, there has been a lot of speculation about how serious the Modi government is about climate change. Prime Minister Modi’s remarks at various forums have shown a lot of inconsistency in statements—from “Climate has not changed. We have changed” to “India can offer natural leadership on climate change”.

Domestically, there have been a number of big announcements, but there is much that needs to happen if they are to fulfil their potential.

National Adaptation Fund: one year since the announcement, no progress on utilisation of funds

In July 2014, the finance minister had announced an allocation of Rs 100 core for a newly established National Adaptation Fund. The fund would assist national and state level activities to meet the cost of adaptation measures that are particularly vulnerable to the adverse affects of climate change. In 2015, an additional Rs 150 core was announced in the 2015-16 Budget, but this fund is yet to be operationalised.

Bold targets for renewables, but implementation is yet to be seen

India has set highly ambitious targets to achieve by 2022—100 GW of solar capacity, 60 GW of wind power, 10 GW of biomass and 5 GW of hydro projects.

While these targets signal a positive intent of the government towards increasing the share of electricity from renewables, it is not going to be easy to meet the targets, given the lack of a clear roadmap, structural deficiencies in India's renewable apparatus and bureaucratic hurdles.

Will India's doubling the cess on coal bring sustainable change?

India in its latest financial budget doubled the coal cess from Rs 100 a tonne to Rs 200 a tonne. The coal tax goes to a National Clean Energy Fund (NCEF), which has already mopped up around Rs 17,000 crore ($2.76 billion). By September last year, 46 clean energy projects worth Rs 16,511.43 crore ($2.7 billion) were recommended for funding out of the NCEF, but disbursement has been slow. There has also been criticism about using the funds for other environmental projects such as cleaning of the Ganga. It remains to be seen if the doubling of the tax can contribute towards providing affordable and clean power to millions of Indians.

Funds allocated for disaster management in India nearly doubled to Rs 61,219 crore, but doubts remain over whether these funds will be sufficient in light of increasing losses from extreme weather events. Individual events have been estimated to cost more than the total five-year estimate for the whole country.

Wind energy, health, waste to energy conversion and coastal management yet to see light of day

Seeking to broaden India’s response on climate change, the executive committee on climate change recommended that four missions be added under National Action Plan on Climate Change in 2014. The details of the missions are as follows:

India repeated the importance of equity in the new climate agreement, but was fiercely against any kind of external review of climate targets to be put up by all countries as their contribution towards climate change. It is believed by many civil society groups that in the current context of nationally determined contributions from each country, an external review is the only way equity can be brought back into the agenda.

In April 2015, India submitted a formal proposal to amend the Montreal Protocol to include the phase-down of HFCs (hydrofluorocarbons)—something that had been discussed by Prime Minister Modi and US president, Obama, in September last year. However, by seeking a very long “grace period”—15 years—the proposal essentially means there will be unfettered growth of HFCs—a gas with high global warming potential—before the gas will need to be phased down.