Training in green skills must for youth: report 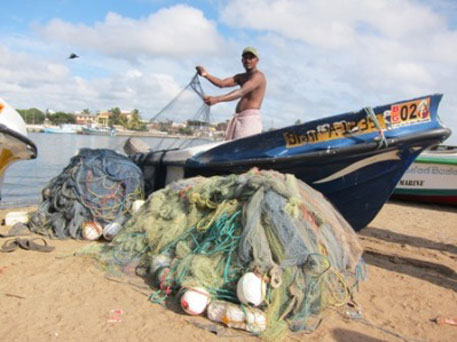 If you thought climate change was only affecting the environment, think again. A new report released by Plan International, a global development organisation, says that climate change is affecting livelihood in South Asian countries, including Burma, Indonesia, Thailand and Vietnam. These countries are primarily dependent on fishing, and extreme weather events (intense rain, droughts and cyclones) caused by climate change affect the oceans, leading to floods and raise in sea levels.

The report proposes training in green skills to deal with the effects of climate change. It argues that the youth in developing countries do not have access to sustainable work practices. “Young people across the world are concerned about the impact of climate change and want to do something about it,” Kelly Hawryshylyn, Plan International’s disaster resilience adviser, told The Guardian. “Helping young people acquire green skills strengthens their ability to find a job, lift themselves out of poverty and have control over their future,” she added. Plan International is working with multiple stakeholders, including government, the private sector, media, donors, schools and the public to make green skills a priority.

Women in particular could benefit the most from environmental training. “As women are often the main food producers, non-profits should provide training so they can work as effectively as possible to improve their chances of growing enough food in the face of increasingly extreme and erratic weather,” The Guardian quotes Robin Willoughby, Oxfam’s policy adviser. Sven Harmeling, climate change advocacy coordinator for Care International, a global organisation fighting poverty, adds that green skills must go hand in hand with promoting gender equality.