Climate change brings longer spring and autumn to US 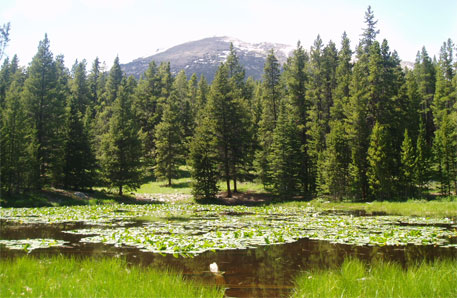 The study carried out by researchers from across the world shows that warming leads to increased growing season in forests. Experts from Macquarie University in Sydney, Harvard University in the US, University of Cambridge in the UK, and Ohio State University, Columbus, have found that over the last two decades, forests in the eastern part of the United States of America, are experiencing earlier springs and late autumns more than ever before. This is helping the forests store more carbon dioxide.

Lead author Trevor Keenan from department of biological sciences in Macquarie University explains that his team found that despite the increased respiration due to warming, the duration of increased green foliage cover is stronger, thereby leading to a net response of increased carbon uptake. He adds that warming generally causes increased decomposition and drought, both of which lead to larger net releases of CO2 into the atmosphere.

Using a combination of satellite imagery, tower-mounted instruments and on-the-ground observations, the team found that forests throughout eastern US are showing signs of spring growth earlier.

Satellites were used to track when forests across the region began to turn green in spring, and when leaves began to dry in the fall. Ground observations made every three to seven days at the Harvard Forest in Petersham and a long-term research site in New Hampshire provided direct information about the state of the buds, leaves and branches. The carbon balance of forest ecosystem at three different scales were studies using eddy covariance system that analyses the atmosphere using ultrasonic and infrared gas analysers, during which carbon exchange is estimated based on the changes created by these carbon emissions in different atmospheric layers.

“The expanded growing season has enabled forests to store as much as 26 million tonnes more CO2 than before,” the team reported in June 1 issue of Nature Climate Change.

When questioned whether the carbon uptake is occurring on a significant level so as to reduce the global warming levels, Keenan said, “Increased carbon uptake can slow the rate of climate warming, which is significant even if it does not stop it. So yes, global warming is still a major concern, but the observed response is serving to slow it down somewhat.”

Interactive: Summer weather continues to get hotter in every U.S. region since 1970