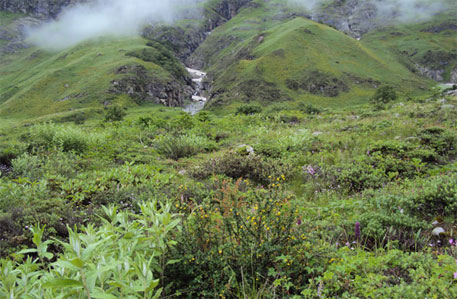 A recently published paper, which is a review of previous researches, throws light on the dire need to conserve mountains and their biodiversity.

Talking about the threat posed by human activities and climate change to their ecological systems across the globe, the paper says that mountains cover about 27 per cent of the earth's surface. They not only act as natural barriers restricting human movement across regions but also serve as a natural habitat for various species of plants and animals. The study was published in Journal of Mountain Ecology last week.

The mountains host endemic species along with numerous other species that were once widespread but gradually retreated due to human settlement have found their refuge in the mountains. Therefore, mountains are an integral part of the environment as they harbour a large chunk of the world’s biodiversity.

"Scientists and conservationists have long recognised the importance of mountains for both biodiversity and human well-being," says Charles Chester, co-author of the paper. "If we are going to achieve effective and lasting protection of wildlife and resources such as water, mountains have to be pre-eminent in our thinking and implementation of conservation measures."

Jodi Hilty, co-author and executive director of the Wildlife Conservation Society’s (WCS), North America Program says, "The distribution of biodiversity in mountain ecosystems is determined by such things as elevation and slope. These variables and the relative intactedness (sic) of these ecosystems is likely to be a critical factor in maintaining the health of montane species in the face of climate change."

The authors have concluded that three distinct research communities, including mountain research, corridor ecology and climate change, will need to work together and provide support in addressing the issue of preservation of mountains and their biodiversity across the globe. "Protection of mountain diversity (both biological and cultural) depends on collaboration of these three research communities in tackling these important questions," says Lawrence (Larry) Hamilton. "Mountains have proven to offer an excellent milieu for both inter- and multi-disciplinary research among the natural sciences, and between natural and social sciences."