Climate change to cut South Asia’s growth by 8.8 per cent by end of century: ADB

GDP loss for Maldives projected at 12.6 per cent, for India 8.7 per cent 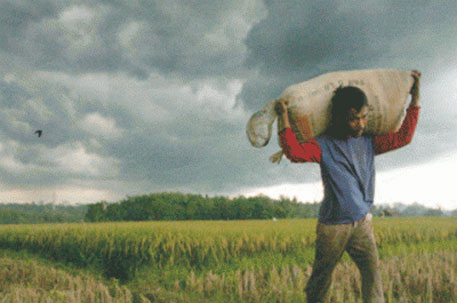 Climate change will cut South Asia’s growth by 8.8 per cent by 2100 if steps are not taken to counter global warming. According to a report released by the Asian Development Bank (ADB), the loss in Gross Domestic Product (GDP) will be the highest in the Maldives (12.6 per cent).

“Without global deviation from a fossil-fuel-intensive path, South Asia could lose an equivalent 1.8 per cent of its annual gross domestic product (GDP) by 2050, which will progressively increase to 8.8 per cent by 2100,” says the report titled. Assessing the Costs of Climate Change and Adaptation in South Asia

GDP loss for Nepal is projected at 9.9 per cent, for Bangladesh 9.4 per cent and for India 8.7 per cent. The report also lists the impact climate change will have on “vulnerable sectors”, which are agriculture, energy, forests, health and water. South Asia is home to a fifth of the world’s population and witnesses extreme weather events, such as floods, cyclones and droughts, every year. Rising sea level is another area of concern for countries with huge coast lines, such as the Maldives, Sri Lanka, India and Bangladesh.

But human and financial losses caused by such disasters can be reduced. The report says that by keeping “the global mean temperature rise below or within 2 degrees Centigrade, the region would only lose an average of 1.3 per cent of GDP by 2050 and roughly 2.5 per cent by 2100”.

Call to make cities climate resilient
The report was released on August 19 in Dhaka, Bangladesh. In his address at the function, ADB vice-president Bindu Lohani said that “the frontline of the climate challenge will in the cities”.

“By 2050, 64 per cent of the population in Asia will be in cities, hence, we need to make cities climate resilient. More than 50 per cent of urban residents in Asia live in low lying costal zones or flood plains, including cities like Bangkok, Dhaka, Jakarta, and Manila. Rapid urban growth has also caused other environmental problems resulting from industrial activity and waste generation, which must be tackled,” Lohani said.

The report analyses the “economic costs and benefits of unilateral and regional actions on climate change in ADB’s six South Asia developing members”—Bangladesh, Bhutan, India, the Maldives, Nepal, and Sri Lanka. It also estimates the funding needed for adaptation measures to avert the projected losses.