Adaptation in the time of 'climate apartheid' 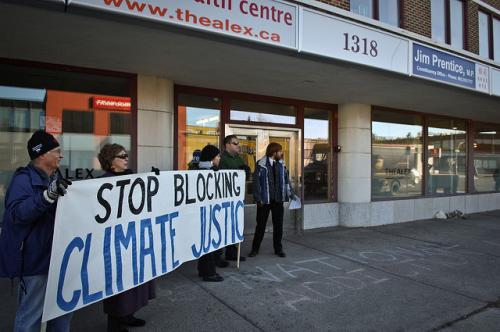 It was at the Climate Conference in Paris last December that the lofty goal of limiting global warming to 1.5 degrees than the previous 2 degrees threshold was decided upon. It came as a surprise when the final document read that countries must pledge to keep global warming “well below 2°C” but at the same time “pursue efforts” to limit the average global temperature rise to 1.5°C.

This is crucial for India as it is witnessing the devastating impacts of extreme weather events at 0.8–1°C increase of the global average temperature. The extreme events reported in the country have increased significantly, from 80 in 1978 to 460 in 2006. Thirty-eight per cent of all extreme events are floods, making them the most common. Floods are followed by cyclones, heatwaves and coldwaves.

In fact, South Asia has been witnessing unprecedented weather events causing loss of life, mass migration, damaged crops, loss of livestock and public utilities. China declared the 2016 floods as its second-costliest extreme weather event in recorded history. In India, the monsoon spelt massive trouble. Assam, Bihar, Madhya Pradesh, Rajasthan and Maharashtra witnessed flash floods due to heavy rains. Surprisingly, some of these states were also gripped by drought few months back. A report by a working group of the Intergovernmental Panel on Climate Change (IPCC), projected that global precipitation extremes—the intensity of rainfall and that of the dry days in between—will increase at a rate higher than average precipitation.

But how is this seemingly minor difference of 0.5 degree, between the 2°C and 1.5°C, significant?

This calls for immediate and significant action. Why?

The previous cap of 2 degrees was ambitious, considering the lack of considerable action and consensus on emission reduction. The new target of 1.5°C would still be almost impossible to achieve after doubling the efforts. Even if we were to completely stop our greenhouse emissions today, there would be a half degree increase in the planet’s temperature due to the existing carbon in the atmosphere.

Who will take the responsibility of emission reduction here and how do we base this action plan on “equity”?

While the Paris Agreement has been hailed as “strong” and “dynamic”, it failed miserably on both these counts. It did not set any legal targets for the developed nations to drastically cut their emissions. Moreover, the agreement totally wiped out the responsibility of the developed world by not holding them accountable for their historical emissions—the very reason for anthropogenic climate change and its severe impact on the poorer nations. The agreement marks no difference between developed and developing countries, placing the burden of transition quite obviously on the latter.

“While developed countries take absolute economy-wide emission reduction targets; developing countries will enhance mitigation efforts but are encouraged to move towards economy-wide reduction in the light of national circumstances,” marks the Paris Agreement. Essentially the agreement leaves no room for developing or less developed countries to work their way towards development. It is well known that USA’s action plan on climate change is still following the business-as-usual trajectory. Why and how the developed world escapes its historical responsibility is beyond comprehension.

In this scenario, countries like India are left with nearly nothing. While words like climate “justice” and “equity” find mention in the text, there are no indications of these getting realised any time soon.

India houses 33 per cent of the world’s poor. This is more than the total share of poor all the Least Developed Countries. Moreover, these people are highly dependent on natural resources for their livelihoods—be it agriculture, fisheries, forestry or animal rearing. Hence their vulnerability to the impacts of climate change increases manifold, as opposed to the rich who can afford to keep themselves fairly cushioned. With a Human Development Index (HDI) of 130 in a list of 188 countries (Human Development Report 2015), India ranks low on its capacity to adapt to changing climate.

Agriculture in India is still heavily dependent on monsoon, which has become highly erratic due to high climate variability. Increasing frequency of extreme weather events only adds up to the woes, pre-empting even greater food insecurity in the future than the present.

According to the IPCC report, future projections for India indicate high temperature variations leading to disease outbreaks worsening the already poor health of people. The report also predicts changes in more than a third of the forested area by 2100 and an increase in tropical cyclone-related rainfall rates with further warming among other impacts.

Estimates by the Indian government indicate that expenditure on climate adaptation overshoots 2.6 per cent of its GDP. This amount will only rise with the increasing frequency and intensity of extreme weather events. The Adaptation Gap Report released by the UNEP during COP20 in 2014 also warned of the high costs of adaptation for developing countries like India.
There are several factors that contribute to this: less resilient economies in developing countries with high dependence on natural capital, poor preparation to deal with natural calamities, absence of finance and technology for risk management, high population density and a low level of economic development among other factors.

Thus, without a clear strategy for mitigation and adaptation at both the national and international level, the costs will be too high for India to bear. While working towards mitigation through emission reduction, India also has to increase its coping capacity by building resilience. This requires mainstreaming adaptation in the existing development policies.

These local level solutions need to be integrated with global policies which unfortunately still tilt in the favour of developed countries. Without support in terms of climate financing and transfer of technology from the developed world, it is extremely difficult for the developing nations to walk this path.

Unfortunately, the Paris Agreement proves disappointing here as well. It says that developed countries are supposed to provide funds for mitigation and adaptation to the developing countries but the floor of US $ 100 billion is not included in the final agreement. For rest of the countries, providing financial support is voluntary. We have seen how that has fared in the past years!

The agreement is only an example of the growing inequality in global climate negotiations. For the narrative to change, the poorer nations’ voices have to be heard while developed countries take greater responsibility and ownership.